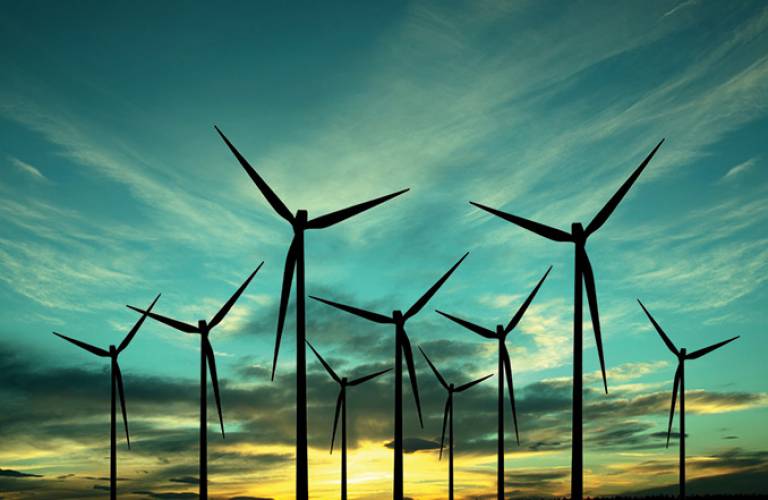 MARKAL-TIMES energy models developed at UCL have underpinned every major UK government energy policy document on long-term decarbonisation. They have taken the UK's energy systems analytical capacity to world-class, leading to assessment of decarbonisation costs in the Carbon Plan, and quantification of electricity sector decarbonisation as an essential step to meet international emissions commitments.

The MARKAL-TIMES model family is an integrated energy system, technology-rich optimisation framework. Since the key researchers, Professor Neil Strachan and Professor Paul Ekins, joined the UCL Energy Institute in 2009, they have led the generation of a rich diversity of insights, including about the interactions between technological and behavioural change, geographical drivers, multi-regional impact, decision-making under uncertainty, life-cycle analysis, and interactions with global drivers. Most recently the model platform has evolved from MARKAL to the successor TIMES model, plus the development of EU and global model versions.

The groundbreaking research has taken the UK's energy systems analytical capacity from near zero to world-class, and the models have underpinned every major recent UK government energy policy document on long-term decarbonisation pathways. These models provide the integrating language of policy, generating the key numbers and insights that form the backbone of debate and resultant policy. The researchers regularly provide evidence and expertise to policymakers, and thereby inform political debate.

Thus, for example, the MARKAL-TIMES modelling effort has had a continual influence on UK government policy making through its demonstration of the economic feasibility of decarbonisation pathways, including the critical interplay between technological and behavioural change (via energy service demand reductions). UK MARKAL-TIMES constituted the key technical reports on this topic for the 2011 Carbon Play by the Department of Energy & Climate Change (DECC).

DECC accepted the MARKAL elastic demand model's finding of the critical role of the electricity generation sector in enabling wider decarbonisation efforts in buildings and transport. Based on this, electricity decarbonisation policy mechanisms have been implemented as a key government priority with recent efforts including support mechanisms under Electricity Market Reform as legislated in the 2013 Energy Bill.

" UCL's family of MARKAL/TIMES energy systems models have been heavily utilised by the CCC to explore the costs and trade-offs between different long-term decarbonisation pathways. … This has been invaluable in the CCC's assessment of the appropriate level of the 2050 target, what this means for measures required in the medium term within the UK's carbon budget periods, and the policy framework to deliver these. - Dr David Joffe, Committee on Climate Change

The quantification of electricity sector decarbonisation using MARKAL models is also an essential step in meeting the targets set by the Committee on Climate Change (CCC). The CCC's carbon budget reports (2009-2013), which outline the framework for legislated UK carbon budgets, draw on successively commissioned MARKAL-TIMES modelling projects to provide long-term energy and emission scenarios. In 2011, the UK government accepted the CCC's 4th budget period recommendation for a 50% reduction (from 1990 levels) in carbon emissions by 2025, with underpinning technical appendices from the UK stochastic MARKAL model.

In the non-governmental sphere, the models have been used to produce alternate decarbonisation scenarios for a consortium of non-governmental organisations including the World Wildlife Fund, Institute for Public Policy Research and the Royal Society for the Protection of Birds.

Internationally, MARKAL-TIMES (channelled through a Japan-UK research project on international modelling on low carbon societies) contributed to the declaration and reaffirmation through 2009-13 of a global long term target of a 50% reduction in greenhouse gas emission by 2050. This led, ultimately, to input to the G8/G20 Gleneagles Dialogue.

The models produced by the team are also widely used by stakeholders themselves, and the authoritative benchmark of MARKAL-TIMES is such that the research team has also been instrumental in developing complementary energy modelling tools. This has included Professor Strachan serving as a strategic advisor on the development of the ESME energy systems model of the Energy Technologies Institute from 2010, illustrating how UK industry has adopted an energy systems modelling approach. In parallel, Professor Ekins and Professor Strachan have successfully argued for the incorporation of cost metrics (derived explicitly from MARKAL) to be incorporated into the DECC Calculator - the UK government's highly popular policy engagement tool, which is downloaded by 10,000 UK users each month.

" Our modelling quantifies and provides insights into UK and international energy policies, and informs the UK and international debate on the costs of climate change mitigation. The range of UK policy issues that have been - and continue to be - addressed using the UK MARKAL family of models include long-term carbon reductions, the role of innovation in the future energy system, the development of infrastructure for hydrogen energy, and the wider uptake of energy-efficiency technologies and measures. - Professor Neil Strachan