Research at the UCL School of Pharmacy has positively influenced healthcare in startle disease/hyperekplexia, a rare disease that affects humans and several animal species, including dogs, horses and cattle. The identification and functional characterisation of mutations in genes involved in human startle disease has improved genetic diagnostics and patient care. 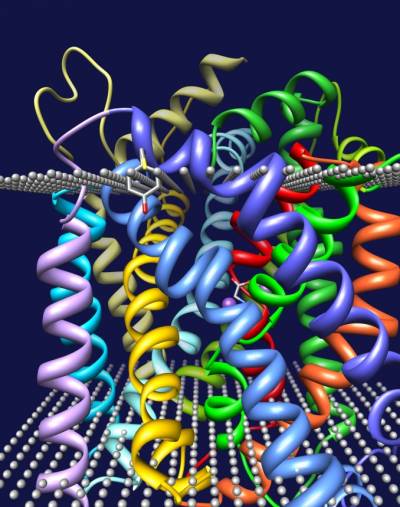 Startle disease is a rare but potentially fatal neurological disorder (estimated <1,000 human cases total worldwide), characterised by an exaggerated startle reflex and muscle stiffness in response to tactile, acoustic or visual stimuli. This condition can cause infant death due to difficulties with breathing, aspiration pneumonia or severe bradycardia. Startle disease also occurs in livestock (cattle and horses) and dogs, with fatal consequences and significantly higher prevalence.

Research led by Professor Robert J Harvey (UCL School of Pharmacy) identified startle disease genes; as a result, genetic testing is now offered at more than 100 laboratories in the USA, Europe, Asia and Australia. In the course of the UCL research programme, which began in 2003, 77 individuals with startle disease have received a definitive genetic diagnosis.

Definitive genetic diagnosis allows improved clinical management of the condition, improved patient outcomes and reduction of risk. For example, genetic changes in the GlyT2 gene cause severe breathing problems during early infancy. With a definitive genetic diagnosis, parents are now being trained in effective resuscitation techniques and provided with heart rate and breathing monitors. The charity Action Medical Research highlighted the case of one child with startle disease: "Since the diagnosis the entire family has been educated about startle disease so that they're all equipped to deal with a seizure and give her the medication she needs. They also know how to give cardiopulmonary resuscitation in case of an emergency following an apnoea attack." Children with startle disease also appear to have recurrent infantile apnoea episodes, developmental delay and a mild to severe delay in speech acquisition. Knowing the genetic causes of illness enables clinicians to predict more accurately what sort of educational needs they are likely to have in the future, thus helping parents gain access to appropriate support services.

Since the diagnosis the entire family has been educated about startle disease so that they're all equipped to deal with a seizure and give her the medication she needs. They also know how to give cardiopulmonary resuscitation in case of an emergency following an apnoea attack. - Action Medical Research on the impact genetic diagnosis of startle disease has had on one young patient and her family.

Professor Harvey has also undertaken public engagement work on this topic, giving lectures and seminars on startle disease to audiences in Austria, Belgium, France, Germany, Italy, Spain, Switzerland, the Netherlands, the UK and the USA. He has also spoken on startle disease at a Café Scientifique event for members of the public and has increased awareness of startle disease via media work.

Overall, UCL research into startle disease has led to significant changes in the way that the condition is understood, detected and diagnosed. Furthermore, based on a deep understanding of the genetic basis of the disease, this research has clearly indicated that clonazepam is the treatment of choice, which is of significant use for clinicians treating this disorder.

UCL research in this area has also meant improved diagnosis for cattle and dogs. Startle disease in cattle is lethal within hours of birth. Disorders that resemble startle disease have also been reported in several dog breeds, such as Irish Wolfhounds and Cavalier King Charles Spaniels, although the incidence was unknown. UCL research findings resulted in DNA diagnostic tests for these animals, which are available via Laboklin GmbH, and which enable breeders to avoid at risk matings.