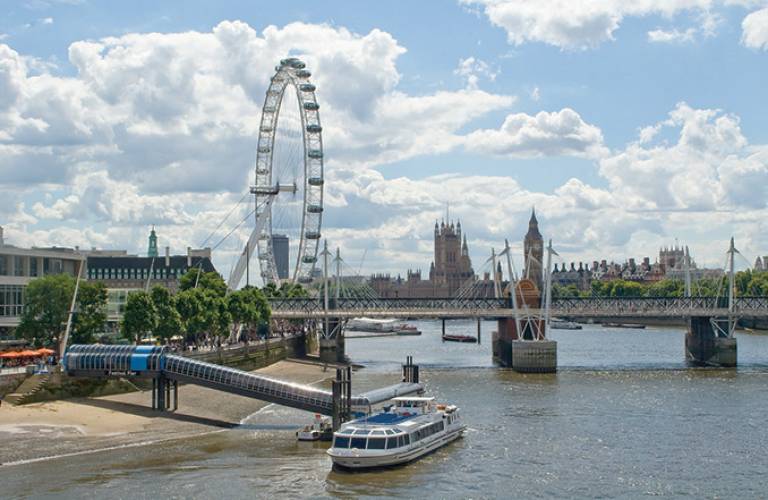 A decision-support system developed with Think London enabled the latter to win competitive inward investment projects to the city. The technologies were estimated to have contributed towards more than 600 successful completions, leading to over 18,000 jobs and £2 billion entering London's economy.

As one of the leading 'world cities', London is particularly reliant on sources of foreign direct investment (FDI). In the face of increasing global competition and a difficult economic climate, London must continue to compete to attract and support such investors.

The Spatial Decision Support System (SDSS) coupled management and decision science expertise with GIS technology to provide a range of interfaces to enable investors and Think London staff to interrogate key dimensions of London's complex polycentric business landscape, including established business clusters, commuting catchments and workforce characteristics, property stock, 'socioeconomic' and 'quality of life' indicators, and transport. Using these, Think London could make a stronger business case for its clients; for example, a technology company might require a location near research universities, that has good transportation links with North America, and that offers a cultural environment attractive to young urban professionals.

The tool was an essential part of Think London's services up to the merger of inward investment functions into London & Partners in 2011. From 2006-2011 they played a significant role in developing the business case to support many of the more than 600 inward investors attracted and hence contributing to the creation of more than 18,000 jobs. For example, in 2008, Microsoft announced its intention of opening a European centre for its search and advertising market. Following its work with Think London, the new centre opened in Central London in 2009, and became Microsoft's largest research and development centre in Europe. Samvo Group, a gambling company, tapped Think London's resource on location clusters to open two retail outlets, while KDDI Europe re-evaluated its decision to leave London, instead working with Think London to identify a location in the city which enabled to stay and grow its workforce.

In the run up to the London Olympics in 2012, Think London provided the business intelligence and support to apply for Olympics contracts. Given the dispersed Games sites and the investment opportunities across the city which were available, expert and accessible location analysis was an important part of this strategy. The SDSS web tool also became part of the London Business Intelligence Dashboard, launched in 2007, which was installed into a London cab as part of a roadshow about the city's business opportunities. In 2009-10 alone, the road show moved between 13 North American cities. By 2010, these efforts had already led to the creation of 2,400 jobs in London.