Deepening public and media understanding of the 2012 French presidential election 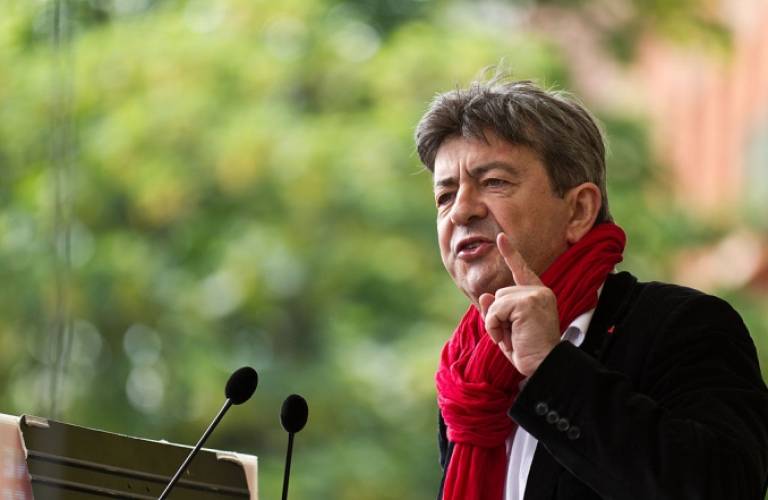 Professor Philippe Marlière's research on social democracy in France improved the public debate regarding the French presidential election in 2012. High-profile press publications led to substantial debate online and on social media and, along with a briefing for the BBC, led to informed coverage of the election and its result.

In the run up to the French presidential election in 2012, there was very little understanding in Britain of the issues at stake and the changing French political landscape which meant that third party candidates might play an instrumental role in the outcome of the election.

Research by Professor Marlière (UCL School of European Languages, Culture & Society) on social democracy in Europe has shown that the emergence of consensual relationships between centre-left and centre-right parties would create a political space liable to exploitation by both left-wing and extreme-right parties. Working specifically on French political ideas and party politics, he tracked the convergence of France's two major parties, the centre-right Union pour un mouvement populaire (UMP) and the centre-left Parti socialiste (PS), to the political centre. This work on political ideologies and conflicts in France enabled him to anticipate the rise of political forces to the left and right in the 2012 presidential election. As such, Professor Marlière was well positioned to play an important role in improving the accuracy of media coverage, and thus the public understanding, of the election.

The first round of the presidential election was held in France on 22 April 2012. Nicholas Sarkozy, the incumbent and leader of the UMP, sought re-election to a second five-year term against a presidential challenge from François Hollande, of the increasingly centre-left PS. The election was widely held to be a two-horse race between these candidates, and was treated almost exclusively as such by the UK media. However, on the basis of his research, Professor Marlière argued  that Jean-Luc Mélenchon (Left Front) and Marine Le Pen (National Front) would also perform well. He presented this argument through articles and blog posts published in Le Monde and Mediapart, which attracted a large readership and substantial online debate.

In the British press, Mélenchon's campaign went virtually unreported until the Guardian's publication in April 2012 of two lengthy opinion articles, one of which was by Professor Marlière and was widely shared, tweeted and commented on. The same month, Professor Marlière began an election diary on OpenDemocracy, where he used his research findings to demonstrate the potential for 'small' candidates to capitalise on both negative factors (the unpopularity of the main candidates and their very similar policy proposals) and positive factors (good campaigning by the Left Front and an improved image for the National Front).

Recognising and seeking to redress the imbalance and gaps in its own coverage, the BBC's Analysis and Research Unit invited Professor Marlière to brief journalists a month before the first round of the election. This intervention helped BBC journalists understand the major issues at stake in the election and significantly increased the attention they paid to the 'smaller' candidates who, as Professor Marlière predicted, did eventually fare better than had been suggested by the media at the start of the campaign. The briefing was positively received, and in the following fortnight, there were twice as many articles on the BBC News website as in the entire preceding year. Professor Marlière was subsequently invited to provide expert commentary on the election for the BBC, including during its live election broadcast.

Meanwhile, Mélenchon himself was invited to a series of media appearances, reflecting the new recognition in the UK of his role as a left-wing player in French politics. Aside from interviews in the UK media, Mélenchon was invited to present his ideas at the UCL European Institute in December 2012. Though arranged at short notice, the event sold out immediately, and its reach extended through online coverage. Although this occurred after his election defeat, it reflected the new understanding of Mélenchon's place in the French political arena, many UK journalists attended the event and the speech itself was transcribed and translated for OpenDemocracy.

" With my expertise on French politics, I was able to offer a different take on the forthcoming French election and influence how the UK media covered this important event - Professor Philippe Marlière