The dark side of the universe 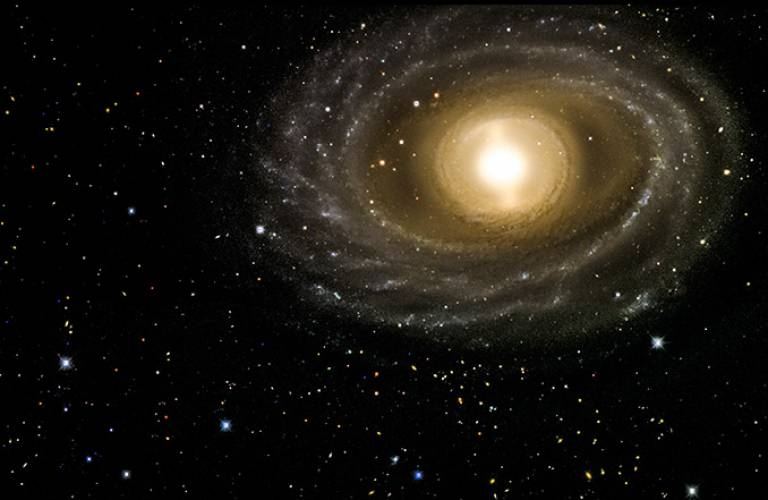 Although we know the expansion of the universe is accelerating, the cause of the acceleration is still unknown. Another mystery is the nature of cold dark matter, which is thought to account for a large part of universe's total mass. These secrets hold an immense fascination for the public, and UCL cosmologists frequently appear in the media to discuss their discoveries.

Is dark energy behind the expansion of the universe's acceleration, or could it be explained by modifying Einstein's theory of gravity? Does the gravitational attraction of galaxies and stars rest on the existence of cold dark matter? Cosmologists at UCL investigate these and other problems as part of international research projects, including the Dark Energy Survey, a $40 million project to determine the nature of dark energy and what is causing cosmic acceleration. The survey started in 2013 and will map 300 million galaxies over five years.

UCL is also heavily involved in the European Space Agency's Planck and Euclid missions. Planck, the ESA's first mission to study the origins of the universe, surveyed the sky from 2009 and 2013. UCL's work helped the mission create the first full sky map of where all the mass is in our universe. Euclid is expected to launch in 2020 and will carry out measurements of tens of millions of galaxies.

The secrets of the universe hold an immense fascination for the public, and UCL cosmologists frequently deliver public talks and appear in the media to discuss their latest discoveries.

UCL Physics & Astronomy also engages with a somewhat different perspective on its work, through its artist-in-residence programme. Artist Katie Paterson created a new body of artworks: 100 Billion Suns, As the World Turns, and History of Darkness, inspired by UCL's cosmology research. The works were exhibited all over the world to more than 1 million people, including exhibitions at Selfridges in London, the Museum of Contemporary Art in Sydney, Kettle's Yard in Cambridge, the Modern Art Museum of Fort Worth, The Art Institute of Chicago, Kunsthalle Wien, and Ingleby Gallery in Edinburgh.

My time spent as Artist-in-Residence has been invaluable to my research and artistic output. The ideas I experienced in the department have inspired several more new works and will continue to do so for years to come. - Katie Paterson, artist in residence