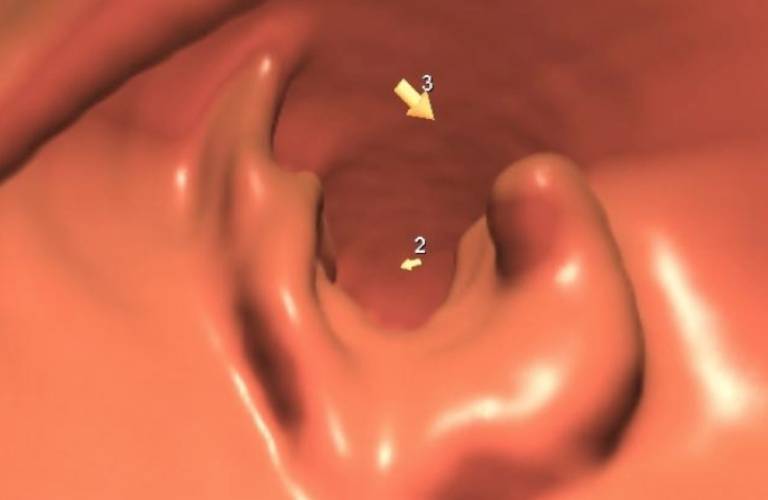 Investigation of the role of CT colonography (a relatively novel and non-invasive method of investigating the large bowel using an X-ray scanner) has led to this examination replacing the standard radiological alternative of barium enema in the UK National Bowel Cancer Screening Programme and for symptomatic patients in the NHS. 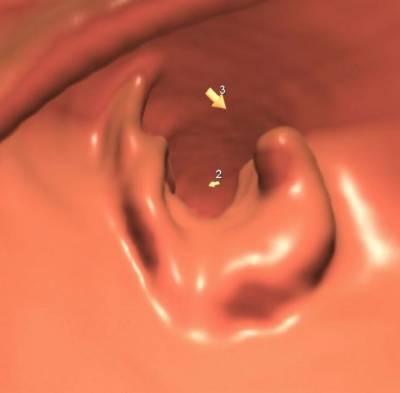 Every year in the UK, over 700,000 patients with symptoms of bowel cancer undergo clinical investigations. Previously, this was typically done by either barium enema examination or colonoscopy of the large bowel. CT colonography (CTC) offered theoretical advantages over either of these techniques, but there was no high-level research evidence to support its use.

Together with collaborators at Oxford and Imperial, Professor Steve Halligan (UCL Medicine) first undertook a systematic review of the topic, which found that CTC was equivalent to colonoscopy in terms of its detection of bowel cancer.

Seeing these results, the NHS's NIHR Health Technology Assessment programme commissioned further research. Two multi-centre trials (known as the SIGGAR trials - the Special Interest Group in Gastrointestinal & Abdominal Radiology) were carried out to compare CTC with barium enema or colonoscopy in symptomatic patients in 21 NHS hospitals in England. Lead academic collaborators were from UCL, Imperial and Birmingham. 5,448 patients were randomised in the two trials. These trials were published in The Lancet in 2013 and found that CTC was superior to barium enema for diagnosis of colorectal cancer and large polyps, and also more cost-effective. There was no significant difference between CTC and colonoscopy (in either detection rates or cost-effectiveness), but CTC was better perceived by patients, and was associated with fewer immediate and delayed adverse events.

The results of these trials led to a change in the NHS Bowel Cancer Screening Programme, which immediately discontinued barium enema and replaced it with CTC as the preferred method for radiological examination. Professor Halligan was asked to join the Bowel Cancer Screening Advisory Panel to advise on the subsequent national implementation.

Diagnostic services for symptomatic patients are also changing as a result of the trial. Barium enema services are being reduced rapidly; for example, in Wales a Ministerial Task and Finish group has recommended that all barium enemas cease in Wales by March 2015. CTC is also helping alleviate pressure on endoscopy services generated by both the symptomatic service and the screening programme.

Large randomised trials like SIGGAR are exceptionally rare in radiology and require help and goodwill from many different collaborators over many sites. When they do succeed, they have the power to change NHS practice. These trials have led to the rapid introduction of CTC in the NHS. The challenge now is to ensure that radiologists reporting CTC are as well-trained as those reporting mammography in the NHS breast-screening programme. - Professor Steve Halligan