Contextualising Greek poetry and its performance 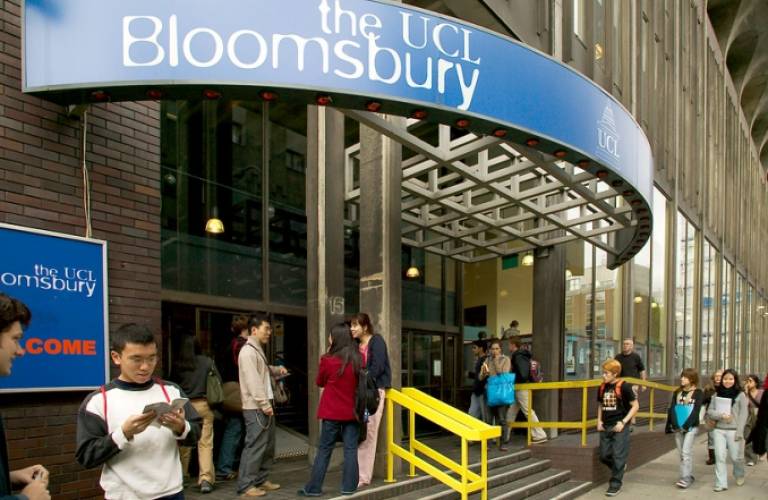 Each year, almost 2,000 people attend the Greek Play at UCL, with workshops and lectures about staging, interpretation, and the play's relationship to its social and historical context based on UCL research. The research also informed a collaborative programme of cultural events celebrating the 2012 Olympics and its ancient roots.

Greek performance culture shapes how modern western performance, both theatrical and athletic, is constructed. Understanding these Greek origins, and the contexts in which performance culture emerged, can help us understand how performed poetry engages with the past and with contemporary religion, politics and values.

UCL Greek & Latin has a long-established research expertise in Greek performance culture, with particular emphasis on performed text as a response to social-historical contexts and as medium for articulating, exploring or challenging the collective value system, as well as in the subsequent receptions and continuities of that performance culture.

This research is channelled to the public through the medium of the Greek Play, held annually for the past 25 years at the UCL Bloomsbury Theatre. This is an important medium for increasing public understanding of research on Greek poetry and performance and its applications to contemporary performance. The plays are performed by students, and chosen and contextualised by staff members drawing on research across the department. In the 2013 performance of Euripides' Trojan Women, Dr Rosa Andújar used her research on reception studies to advise on locating the play in a modern war zone, paralleling the fluid relation between the play, heroic myth and events of the Peloponnesian War, explored by research in the department. In the acclaimed Oresteia productions (2008, 2010), Dr Emmanuela Bakola drew on her research in Greek literature and the environment to underpin a production combining themes uncovered by her work, such as the house, the earth, the economics of peace and war, and material waste.

The plays are accompanied by talks for general audiences and workshops by theatre professionals which explore issues of performance and the relevance and meaning of ancient drama in the modern world. Both plays and workshops regularly receive large audiences and positive reviews, both from critics ("Explosive" - The Times on Hyppolytus, 2012), and from the public, teachers and school groups. To bring these to an ever wider audience, researchers also produce educational materials freely available online.

In 2012, a rare opportunity to improve public understanding of Greek poetry and performance in its context was offered by the London Olympics. On the basis of longstanding research on athletics and celebration, UCL researchers led the creation of a consortium of London and national cultural and educational bodies to develop a programme of events on the theme of sport and competition in the ancient world and in its modern receptions and renewals. These included panels, talks, exhibitions and guided tours run in May-September 2012, with the reach further extended by the Ancient Olympics website, which is now a permanent resource widely used by teachers. Professor Carey also gave invited lectures, engaged in filmed and widely viewed public discussions, and wrote the Cambridge Press's most popular non-promotional blogpost during that time period.