Colonial film: moving images and the legacy of the British Empire 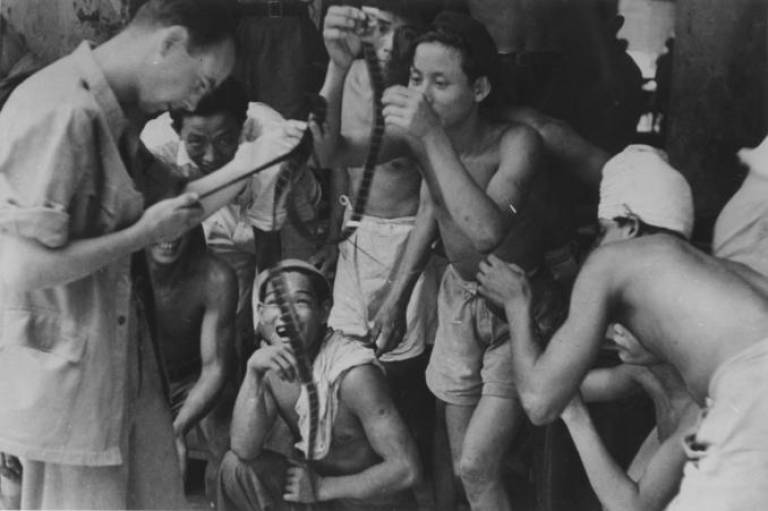 The Colonial Film project produced a major website housing an online catalogue of films showing life in British colonies held by three major archives from 1895 to the separate moments of independence. The project is now an important national and international resource.

It is widely argued that the British Empire constitutes the single most significant example of repression within the UK's national memory, and that a failure to think through the process by which Britain came to dominate one quarter of the globe for the better part of two centuries significantly contributes to current traumas around race and religion. A valuable digital record of this enterprise exists in film footage held in major national archives. Yet for many years, this footage was inaccessible to the public.

From 2007 to 2010, Dr Lee Grieveson (UCL English Language & Literature) co-led a major collaborative project to catalogue the film footage - over 6,000 records - held at the British Film Institute (BFI), Imperial War Museum and the British Empire & Commonwealth Museum, and dating from 1895 to the handover of Hong Kong in 1997. Of these, 150 of the most important films were digitised. Both the catalogue and the films were made freely available online at the Colonial Film Catalogue.

By making these visual records of Empire available, and by carefully contextualising this material, the project sought to contribute to a global reckoning with the history and legacy of Empire. Dr Grieveson and his collaborators wrote over 350 articles for the website, including focused essays and original research on major themes.

The website was launched in 2010 and immediately became a major global resource on colonial era film, with 32,000 page views per month. The project itself received hundreds of emails from around the world, testifying to its capacity to re-connect people with their family and national histories. One Indian man, for example, wrote about seeing his father appear in a 1943 film. Another film, Springtime in an English village, showed a young African girl being crowned May Queen. The film was picked up by the BFI and eventually viewed by the subject's own daughter, a story which was covered in the Observer.

" The images from these films are the indexical imprint of the British Empire, and provide a remarkable resource for any scholar interested in imperialism and global history and indeed for many people around the world trying to understand their own histories. - Dr Lee Grieveson

The catalogue and website together have become a way for the British public to connect with their own heritage. The National Film Theatre hosted a major film series called 'Film and the End of Empire' in 2011, including films from the archives. Films have also been screened at the Tate Modern, the partner archives and École Normale Supérieure, Lyon.

The catalogue is an important resource for museum sector professionals and curators. External organisations, such as the Palestinian Film Foundation, draw on it to present their programmes. While digitisation has helped ensure that films on fragile celluloid are preserved. The act of building the catalogue also had wider benefits: the Imperial War Museum considered it one of the most significant ways its collections had been popularised internationally, and used its approach, of combining films with contextual and analytical pieces, for a similar project on World War I films. The catalogue enabled the BFI to make wider use of its holdings, including a highly popular YouTube collection on South Asia which has been viewed over half a million times.

Funders included the AHRC, the University of Pittsburgh, UCL and Birkbeck College.