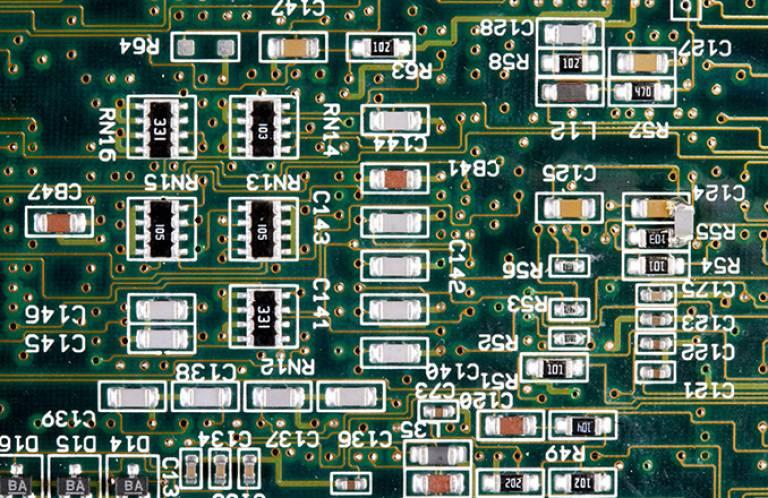 This means customers need to carry out fewer time-consuming physical experiments. Customers include companies involved in tool design for silicon etching processes and the mass production of silicon chips.

The UCL researchers recognised a need for an easy-to-use version of the UK Polyatomic R-matrix code, a set of theoretical codes widely used in academia to provide a basic understanding of collision physics. First released in 2005, the system - Quantemol-N - was an accessible rendering of the codes suitable for wider use in industry, academia and research laboratories. Models developed using Quantemol-N indicate to companies the limitations and benefits in their planned projects, saving them time and money.

Quantemol later expanded its software portfolio with two further products that enable simulations of plasmas and industrial plasma tools. The first, Quantemol-P, allows customers to find new plasma recipes for the etching of silicon wafers, reducing the need for expensive and time-consuming experimental testing of plasma mixes. Quantemol-D, released in 2010, similarly enables customers to design new machinery using simulations, reducing the number of physical iterations of a machine required in the development process.

Most Quantemol customers are based in Japan, India and the UK. As well as running Quantemol codes for customers, the company also provides bespoke consultancy services, such as designing and running a plasma simulation for a radioactive source, and the design of plasma chemistries, which involves taking the initial reactants used in a plasma chamber (for example, O2, N2, Ar and water) and working out the rates of all the reactions between these species, electrons and their products. An increased market for consultancy services has underpinned the company's recent expansion.