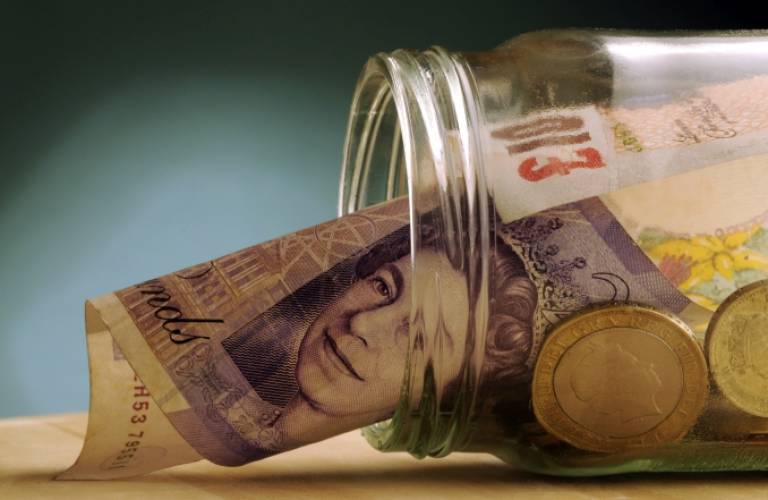 Research at the UCL Institute of Education played a pivotal role in the establishment of the Child Trust Fund, the world's first universal children's savings scheme, which created savings for six million children born between 2002 and 2011.

The concept of the Child Trust Fund dates back to Thomas Paine who, in 1797, proposed a national fund to pay £15 to every 21-year-old in England. This idea was revived in recent decades through proposals for 'baby bonds' given to each child at birth, on the argument, developed by the US scholar Michael Sherraden, that the poor can build significant assets with the right jump start.

However, the key evidence which demonstrated to the Blair government that a Child Trust Fund be established came from Professor John Bynner and Sofia Despotidou (UCL Institute of Education), who analysed data produced by the National Child Development Study (hosted at the UCL IOE Centre for Longitudinal Studies) and found that having even very modest savings at age 23 had a range of beneficial economic, social and health effects 10 years later.

Professor Bynner discussed his findings with government policy advisers at a No. 10 Strategy Unit meeting in early 2000. This meeting was attended by Gavin Kelly, of the Institute for Public Policy Research (IPPR), the policy's principal architect. The importance of this hard evidence has been acknowledged many times, by Kelly and others: as David Blunkett, the former Education Secretary said in 2005, "We were absolutely staggered by the difference that having some assets, some stake, made to individuals, not just in terms of that start in life as adults at the age of 18 but throughout life, a difference obviously in terms of security and stability, but also actually their willingness to engage with life."

As a result, Labour ministers were persuaded to proceed with the trust fund scheme. The initiative was included in Labour's 2001 election manifesto and was eventually launched in 2005.

It was a rather idealistic notion in some ways, that Britain would be a very different and better country if every young person grew up knowing that when they come of age that they would have something behind them to let them get a decent start in life. We also did it though because we had hard, hard evidence that this intuition actually was real. - Gavin Kelly, speaking of the Child Trust Fund on BBC Radio 4 in 2011

Although the scheme was closed in 2011, the six million UK children with Child Trust Fund accounts will, between 2020 and 2029, gain access to funds that had already amounted to £4.8 billion by May 2013. Arguably, parents also benefit as they can add up to £3,720 of tax-free savings into these accounts on their children's behalf. Under the original scheme all children born on or after 1 September 2002 received a voucher which their parents could use to start a savings account and which could not be touched until age 18. All families initially received a £250 voucher, while children from low-income households qualified for an extra £250. The Labour government later decided to pay another £250 into fund accounts at age seven (this applied between 1 September 2009 and 31 July 2010). Those in low-income families got a further £250 at age seven.

Despite the end of the scheme in 2011 and debates over its cost, the research remains influential. Policymakers and think tanks from the United States, France and New Zealand have shown interest in learning from the UK's baby bonds 'experience', and reports for the World Bank, European Commission and OECD have all, in recent years, referred to the work.

While children born today no longer benefit from the Child Trust Fund, millions have benefited materially from the scheme. The full extent of the advantages conferred by these savings will only become apparent when the nest eggs begin to hatch in 2020.