Changes in international guidelines on antiretroviral therapy for HIV-infected infants 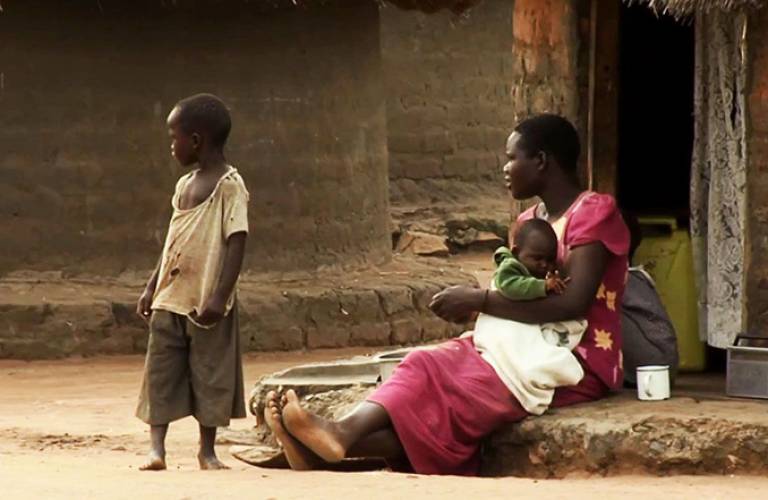 The results of a clinical trial conducted by researchers from the Medical Research Council Clinical Trials Unit at UCL, together with doctors in South Africa, led to changes in guidance issued around the world on the use of antiretroviral therapy to treat HIV infected infants. If fully implemented, these changed guidelines could save the lives of approximately 46,800 infants globally each year.

One third of HIV-infected babies die before their first birthday; half are dead before they reach two years of age. It is vitally important to understand how best to treat these babies in order to reduce the number of early deaths.

Until 2008 guidelines recommended waiting until an infant displayed symptoms, or had a weakened immune system, before starting antiretroviral treatment (ART). However, a clinical trial involving researchers from the Medical Research Council Clinical Trials Unit at UCL, together with doctors and researchers in South Africa, demonstrated that starting infected infants on antiretroviral therapy as early as possible substantially reduced mortality. These results quickly led to changes in key guidelines which, if fully implemented, would reduce by 76% the number of infant deaths caused by HIV, saving the lives of approximately 46,800 infants globally each year.

The Children with HIV Early Antiretroviral Therapy trial - known as the CHER trial - aimed to see if giving babies a limited course of ART as soon as possible after their HIV status was known would deliver long-term health benefits. This was compared with HIV-infected babies who were treated only after they developed symptoms of HIV or weakened immune systems. The trial, which was conducted in South Africa, involved 411 babies aged between 6 and 12 weeks who were assigned randomly to three groups. The first of these was treated in accordance with the existing recommendation that doctors delay giving ART until the babies' immune systems became weak. Babies in the second group were given ART immediately; this was only stopped when the babies reached the age of one year. In the third group, doctors gave babies ART immediately, and stopped this when they were two years old.

Early results from the trial, published in 2008, showed that starting ART before 12 weeks of age reduces early death by an astonishing 75%. Its final results, which were presented at a conference in March 2012, confirmed that treating early, even with interruption, was better than treating later. They suggested a trend towards babies doing better if they had received two years of treatment, rather than one, before having a break.

The early trial results had a very significant and almost immediate impact on guidelines issued for and implemented by healthcare practitioners across the world. In 2008, US national guidance and guidelines issued by the Paediatric European Network for Treatment of AIDS (PENTA) were changed to recommend immediate treatment of HIV-infected infants.

That recommendation was also adopted by the World Health Organization (WHO), whose guidelines exercise a strong influence over national HIV policies. This is particularly so in African countries, where most HIV-positive infants live. As such, the incorporation of recommendations from the CHER trial into WHO policy has had an important knock-on effect on national guidelines in individual countries across the continent. In South Africa, for example, the same recommendation was approved by the Essential Drug List Committee in 2008 and included in the national guidelines issued in 2010. The Malawi Ministry of Health likewise updated their guidelines in 2008, and the Uganda Ministry of Health followed suit in 2009.

This study has had much greater impact than we thought, as Guidelines changed globally very soon after early interim results were released in 2007. We are continuing to learn about HIV and the responses of the immune system in young infants from this important trial - Professor Diana Gibb

As well as informing these very significant changes in national and international clinical guidelines, the results of the CHER trial have also helped health professionals in some countries push for improved laboratory diagnostic services in order to initiate early treatment in as many infants and children as possible. This has, for example, been the case in Zambia, where deaths from HIV/AIDS have dramatically dropped in infants and children since 2008.

Indeed, the research has had a global impact on infants living with HIV in both high- and low-income settings. It is difficult to say exactly how many children have benefited as a result of the trial findings, but it is possible to estimate the number of lives that could be saved by implementing the changed guidance. Each year around 390,000 children are infected with HIV, the vast majority of them vertically infected infants. Since CHER found that early ART reduced infant mortality from 16% to 4%, the full implementation worldwide of the revised WHO guidelines would save around 46,800 lives each year.