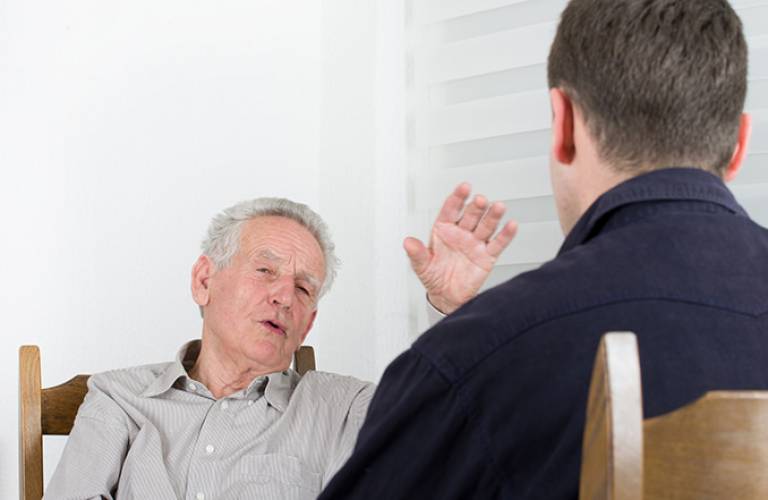 Depression and anxiety in adults together represent the largest proportion of significant mental health problems in the UK population. UCL research has been used to develop a programme supporting speedy access to evidence-based psychological therapies for these problems; that programme has now been used by more than a million people.

The book represented the first systematic and comprehensive review of all quantitative studies of the efficacy of psychological therapy in relation to the major diagnostic categories of mental health disorder; it is unique in its inclusion of a concise review and balanced evaluation of approximately 2,000 clinical studies in the first edition, and 2,500 in the second.

There are strong indications that the IAPT initiative is beginning to not only make a difference to individuals and their families but also to realise economic gains in terms of anticipated savings to the NHS and welfare system alongside increased tax contributions. - Norman Lamb, Minister of State for Care Services

WWFW has had a powerful and profound impact on treatment selection for therapists, service managers, service commissioners and (increasingly) patients. It is now a standard reference and teaching text for psychological therapy, for postgraduate training programmes and academic courses, and for a broad range of professional groups both in the UK, North America, Australasia and increasingly in Europe.

Through its impact on teaching and training it has had a significant influence on clinical practice, including via its inclusion in the UK government's Improving Access to Psychological Therapies (IAPT) programme. Launched in 2008, IATP represented a major strategic development within the NHS, aiming to ensure faster access to evidence-based psychological therapies for depression and anxiety in adults. Its drive through government was led by Lord Layard, whose case for the programme's development was underpinned specifically by evidence in WWFW.

Since its inception, IAPT has delivered benefits including:

Alongside its obvious impacts on individual wellbeing, IATP has delivered significant economic gains via NHS savings, reduced welfare spending, and increased return to the workforce.

In 2011 a four-year, £8 million/year investment was made to expand the programme's remit to include interventions for children and adolescents, with Professor Fonagy as the National Clinical Lead. In 2012, ministers agreed significant additional investment for 3 years, and in 2013 a decision was taken to extend the programme to 24 new sites, with services covering 54% of 0-19 year olds in England by the end of 2013.

Delivery of the IAPT programme has necessitated training a large number of additional therapists. To that end, a series of competence frameworks were commissioned from UCL researchers and have since been used to develop national training curricula, making a critical contribution to closing the gap in the 'bench to bedside' journey from the use of therapeutic technologies in research contexts to their implementation in 'routine' NHS settings. The frameworks also constituted the 'statements of evidence' on which the 2010 National Occupational Standards for psychological therapies were based.