The Bloomsbury Project: enriching public understanding of a vibrant centre of intellectual life The Bloomsbury Project, which gathers the results of archival research into the geographical, cultural, and social development of Bloomsbury, London, in the 19th century, has enriched public understanding of this historic area and assisted the investigations of local historians and organisations. 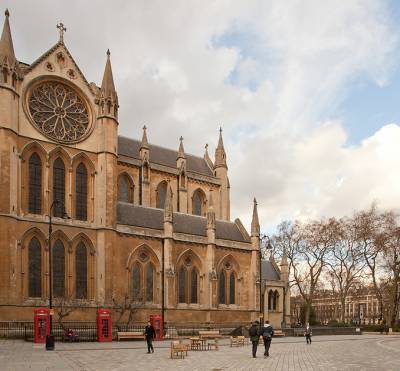 The Bloomsbury Project, led by Professor Rosemary Ashton, then of UCL English Language & Literature, investigated 19th-century the development of Bloomsbury, London's literary heart, from a swampy rubbish dump into a vibrant centre of intellectual life. Professor Ashton's team analysed the archives of more than 300 local institutions, including UCL itself, and conducted a detailed examination of the physical growth of the area and its representation in literature.

The result was the Bloomsbury Project website, an online archive of detailed information on Bloomsbury's institutions, squares and streets, as well as articles on aspects of the area in the Victorian period. This resource is now an important source of information for anyone with an interest in Bloomsbury, and many of the institutions which shaped the modern world. Today, the website receives thousands of hits every month, from all around the world. It has been nominated as a permanent resource "of long term research value" by the Wellcome Library, and was archived and made available through the British Library.

The website and the project as a whole is an invaluable resource for societies and local historians with an interest in the area. The Camden Local History Society, which regularly publishes street histories of the borough to which Bloomsbury belongs, consults it to update its publications. The Marchmont Association, a residents' association for one of its historic streets, also used it for the latest edition of its local history publication, and drew on it to support a case for a Blue Plaque for local resident, JM Barrie.

The website took the archive far beyond the borders of Bloomsbury. Its associated blog (which ran from 2008 to 2011) attracted dozens of family stories reaching from Bloomsbury to Canada and South Africa through emails from correspondents, tracing, for example, the life of Bishop Andrew McLagen and his relationship with Bloomsbury, South Africa and even Hollywood.

The project researchers themselves drew on the archive to create programmes of events designed to engage the London public with Bloomsbury. These included talks at UCL and beyond, including the Camden History Society, St George's Bloomsbury and the Bishopsgate Institute. The team organised talks and guided walks regularly in the Bloomsbury Festival, which attracts about 50,000 people annually to talks, concerts and other events. They also held events at UCL itself, including a launch event at which the archive was officially 'opened' by novelist and local resident Ian McEwan.

[The Bloomsbury Project] enriches our understanding of this small, vital area of London, helps us to understand how institutions, from small charities to international universities, can influence its neighbourhood in ways at first unimaginable. - Kieron Long, writing in the Evening Standard