A better start for children: the Effective Pre-School, Primary and Secondary Education project 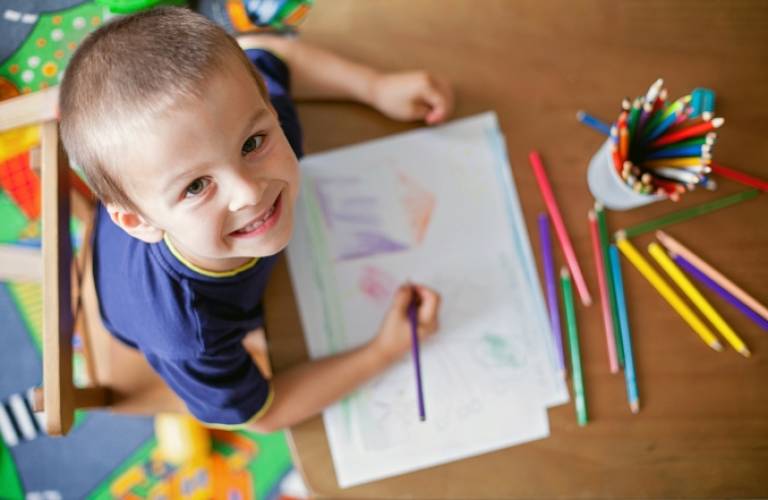 A UCL Institute of Education longitudinal study influenced national policy and spending on the expansion of pre-school provision, and curriculum design. It also informed pre-school quality assessment and informed the understanding of 'effective' pedagogy.

The Effective Pre-School, Primary and Secondary Education (EPPSE) project was a high-profile longitudinal study almost unprecedented in the UK in terms of its scale and scope. Hosted at the UCL Institute of Education, it was a seminal study of the influence of early education on children's later development.

EPPSE was funded in 1997 following concerns about children's 'school readiness' at age five, and what influences their subsequent progress and development. It represented a major investment in research by the Department for Education. Researchers monitored more than 3,000 children from age three to their post-16 destinations, exploring what influences their academic and social-behavioural development. Initially a study of pre-schooling it has since morphed into a broad programme of research which, in addition to studying pre-school, schools and families, examines effective pedagogical practices, phase transitions, the impact of multiple disadvantage and how children 'succeed against these odds'.

EPPSE changed thinking and practice relating to pre-school entitlement, pedagogy, curriculum and teacher education in the UK and, as attested by citations in reports for UNICEF and UNESCO, globally. In the UK, it reported the benefits of high-quality pre-school, which led to free provision for all three- and four-year-olds, starting in 2010, and the decision to extend free entitlement to the poorest 40% (some 260,000) of two-year-olds in 2014.

The Government's More Great Childcare, which sets out a new 10-year childcare plan, cited EPPSE findings on 'what works' in raising quality in the context of a £5 billion-a-year expenditure in early education through 525,000 additional childcare places, cumulatively benefitting 1.1 million children since 2004, in addition to 2,599 new Children's Centres, 1,279 new Neighbourhood Nurseries, tax credits and employer supported childcare.

EPPSE findings have been used extensively to support developments in teacher training, especially in maths and literacy. It was used to develop the ECERS-E scale, which was used for quality assurance by about 70 local authorities by 2013, as well as by countless pre-schools for self-assessment.

Before they have even worn their school uniform for the first time, a child's life chances are being decided. Early education not only sets a child off on the right foot at school but, as this extensive research shows, has effects that last right into the workplace. - Sam Gyimah, Education and Childcare Minister

EPPSE case studies of 'effective' pre-schools have had an extensive impact on practice and how practitioners understand early childhood education. The findings underpinned both the original Early Years Foundation Stage and its 2012 revision. Many practices identified by EPPSE are now taken for granted as 'best practice' in the UK and abroad and the term 'sustained shared thinking', identified in the EPPSE case studies, is now part of the everyday language of early pedagogy.

Findings from the EPPSE about staff qualifications and quality have been used extensively to improve the quality of the workforce; this evidence was used by the Treasury to justify the £125 million Transformation Fund, and the independent Nutbrown review referred to it to justify changes to the current qualification framework.

The influence of the research extends well beyond the UK: UNESCO referred to it in its 2008 report on early childhood education, and it influenced Australia's first national Early Years Learning Framework and Brazil's national guidelines for early years education.

As a result, the project has improved the prospects of generations of children by highlighting the home and educational factors that make a difference to child outcomes, especially for disadvantaged children.