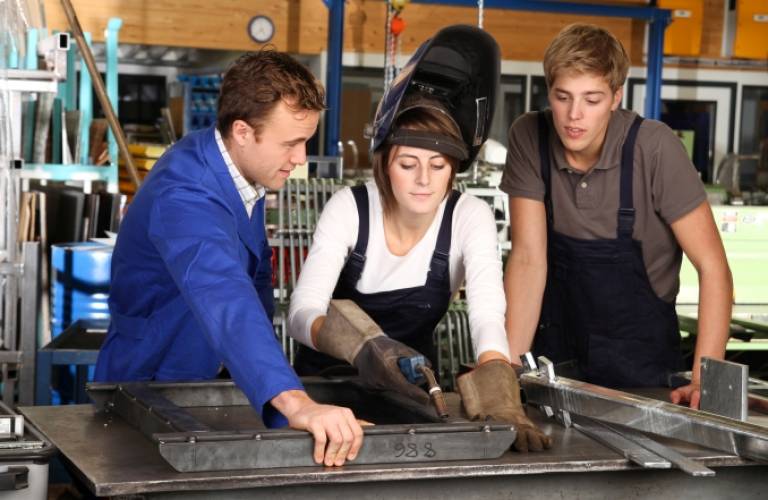 Research by Professor Lorna Unwin (UCL Institute of Education) showed that instead of concentrating on grand policy and targets for trainee numbers, policymakers should focus on the quality of apprentices' learning experiences. Working with Professor Alison Fuller (now also of UCL), she developed the highly influential expansive-restrictive (E&R) conceptual framework for analysing apprenticeships.

Professors Unwin and Fuller identified 'expansive' apprenticeships as offering a detailed process of skill and knowledge acquisition through both workplace and off-the-job training by highly skilled staff. By contrast, a 'restrictive' apprenticeship is epitomised by a simplistic conversion of existing employees to apprentices, with the accrediting of pre-existing skills and little discernible change in capabilities.

As a result of this framework, thousands of apprentices and trainees benefited from improved training experiences, while many employers and apprenticeship providers evaluated their programmes more effectively. The research also had substantial influence on how policymakers understand apprenticeship and vocational education. Researchers have been invited to advise ministers; their work has been repeatedly cited in the House of Commons, and fed into the Conservative Party's Green Paper on Apprenticeship.

The researchers have been major contributors to a series of committees, including a Business, Innovation and Skills investigation into apprenticeships which cited several of their arguments, such as that the National Apprenticeship Service (NAS) had been given inappropriate objectives, and called for an urgent review of its objectives and priorities.

Professor Unwin served as a specialist adviser to the Commons Select Committee for Innovation, Universities, Science and Skills during its scrutiny of the Apprenticeship Bill. This appointment triggered the first public admission that 'conversions' made up seven in ten UK apprenticeships - an issue that the coalition government agreed to address following the Richard Review (2012), which endorsed Professors Unwin and Fuller's argument that there is a need for more meaningful off-site learning and called for an end to 'conversions'.

I've tried through my research and teaching to celebrate the great work of vocational teachers and trainers as well as those employers who are committed to high-quality workforce development including proper apprenticeships. - Professor Lorna Unwin

Professor Unwin was also appointed chair of independent Commission of Inquiry into the role of England's Group Training Associations in 2012, and the NAS subsequently began implementing the report recommendations. Her thinking on how the E&R framework can be applied in further education colleges has been endorsed by the Institute for Learning and promoted by several major associations of further education colleges.

The Chartered Institute for Personnel and Development (CIPD) has promoted the use of the E&R framework in its Guide for Employers: Apprenticeships that Work. The CIPD is the world's largest chartered human resource and development professional body, with more than 135,000 members in 120 countries. The framework was widely applied by employers such as Siemens, as well as public sector organisations, such as hospitals, and youth sector organisations such as Rathbone. Unionlearn, the TUC's learning and skills arm, also used the framework to promote high-quality apprenticeships.