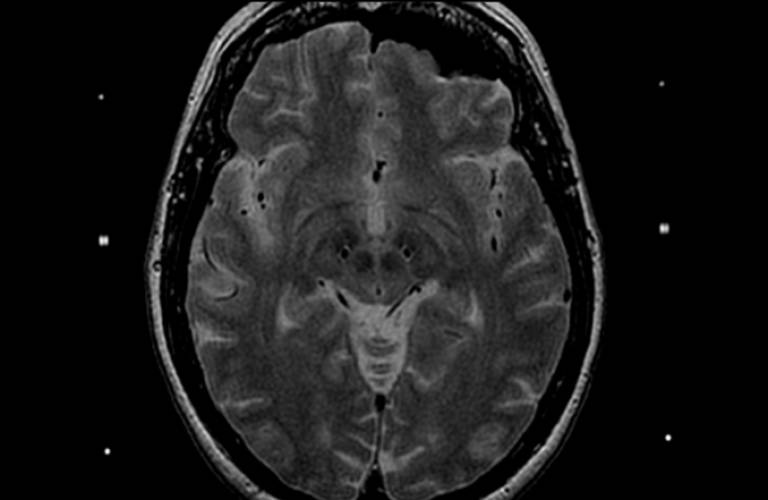 The clinical research of the UCL Unit of Functional Neurosurgery has led to improvements in the operative technique of Deep Brain Stimulation (DBS). The Unit's excellent safety record has led to an ever-growing number of referrals and has allowed DBS trials for other disabling conditions.

There are an estimated 120,000 people affected by Parkinson's disease (PD) in the UK. Medication improves their symptoms in the early stages but, as the disease progresses, patients develop fluctuations in their symptoms and involuntary movements in response to medication. The motor symptoms of PD, as well as the complications of medical treatment, can be improved using high-frequency-stimulation delivered to precise targets deep within the brain. This technique is known as Deep Brain Stimulation (DBS). The placement of electrodes requires invasive brain surgery, and therefore must be performed only by experienced teams. The major concerns surrounding DBS are intracranial haemorrhage, imprecise placement of electrodes, and uncertainty regarding the anatomical origin of stimulation-related adverse effects such as deterioration in speech and cognition.

The UCL Unit of Functional Neurosurgery at the UCL Institute of Neurology has improved the operative methods used in DBS surgery to minimise the number of brain penetrations required to accurately site electrodes and thus avoid the inevitable increased risks associated with multiple electrode trajectories. This has had immediate impact on the clinical outcomes of over 500 patients who have undergone DBS in the Unit since 2002. Since 2008 alone, more than 300 new DBS implantation procedures were performed with a year-on-year increase in number.

Compared to traditional methods, the UCL team has achieved a low rate of adverse events through the use of an image-guided and image-verified surgical methodology that provides the ability to accurately and precisely place electrodes with the use of a single brain penetration. Reduced haemorrhage rates translate to reduced patient disability, paralysis or death. At the UCL centre, 97% of electrodes are placed with a single brain penetration. This approach has the additional advantage that the whole procedure can be performed under general anaesthesia, which is far better tolerated by patients. Furthermore, better placing of electrodes means stimulation-induced speech disturbance can be avoided. An independent expert in the field described the work as "a new benchmark for all centres involved in PD surgery".

The team's excellent safety record with DBS for PD has provided the reassurance and confidence necessary to embark on pioneering clinical trials using DBS as an experimental treatment for other disabling conditions, in which the potential benefits of the surgery are less certain and therefore the known risks of the operation must be minimised. Following initial success treating five patients, a further 15 patients have been recruited to date to a double blind crossover trial of DBS for severe, treatment-refractory Tourette syndrome. The Unit has also recruited and operated on five patients in an MRC-funded double blind crossover trial of DBS for severe treatment-refractory Obsessive Compulsive Disorder and five patients to Brain Research Trust/ Biomedical Research Unit funded double blind crossover trials of DBS for Parkinson's disease dementia/ Dementia with Lewy bodies, all of which are led by the UCL team.