A new advance in TCR gene therapy, a form of cancer-fighting immunotherapy, can make the body’s own immune cells up to 3,000 times more sensitive in detecting cancerous cells, finds a new UCL-led study published in Nature Communications. 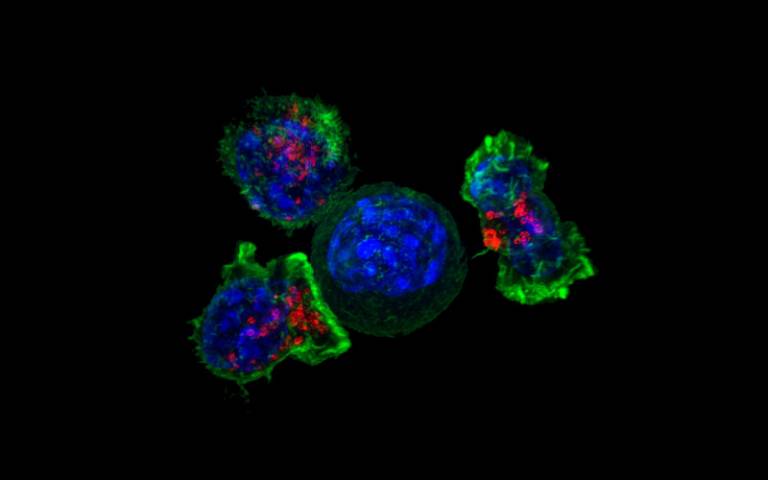 Cancer can be particularly hard to treat as the body’s defenses can’t always recognise cancerous cells as harmful, so researchers are developing treatments that train a patient’s own immune cells to target cancerous cells.

TCR-enhancement of T cells is one such type of adoptive cell therapy, which involves taking a person’s own immune cells, modifying them with genetic engineering to empower them to attack cancerous cells, and returning the modified cells to the patient.

With TCR gene therapy, the person’s T-cells (one of the main types of white blood cells that are key components of the immune system) are modified so that the receptors on the outside of the immune cell, TCRs (T-cell receptors), are better prepared to identify cancerous cells by detecting the abnormal proteins being produced inside the cancer cells.

TCR is similar to the more well-known CAR-T cell therapy, except that CAR-T can only target cancerous proteins on the outer surface of cells, limiting its efficacy as 80% of proteins are inside cancer cells and cannot be reached with CAR-T. This new advance could make TCR effective for people whose cancer cannot be treated by existing CAR-T or TCR therapies.

The research team found that by modifying certain amino acids in the T-cell receptor, they could increase the density of receptors on the cell surface. The study showed that a modest three-fold increase of TCR density resulted in a more than 1,000-fold improvement in sensitivity to cancerous proteins.

The researchers tested their new TCR treatment on mice with cancerous tumours, and found that the treatment more effectively inhibited tumour growth than treatment with standard T-cells.

Lead researcher Professor Hans Stauss, Director of the UCL Institute of Immunity and Transplantation, said: “Our work provides new tools to further improve immunotherapy of cancer. The TCR technology enables people’s T-cells to attack cancer proteins that are not accessible to other forms of immunotherapy. Clinical trials using TCR technology have shown some signs of success, so we hope that our new approach can be incorporated into new trials to see if it can be help people with hard-to-treat cancers.”

The research was funded by Bloodwise and Cell Medica.