Richard joined UCL in 2020 as a Research Fellow working on the ERC-funded project ‘Ordering, Constructing, Empowering: Fragments of the Roman Republican Antiquarians’ (FRRAnt). His work focuses on the scholarship of Republican and early Imperial Rome, its philosophical and ideological underpinnings, and its fate at the hands of subsequent ancient readers and early editors. He has allied interests in ancient historiography and pedagogy, the history of the book, and ancient mathematics. He is currently working on an edition of the mathematical texts transmitted with the corpus of Roman land-surveying treatises, with future plans to edit the fragmentary remains of Suetonius.

He has also provided expertise on the material culture of early twentieth-century conflict for the Oxford Great War Archive and Europeana 1914-1918 Projects. 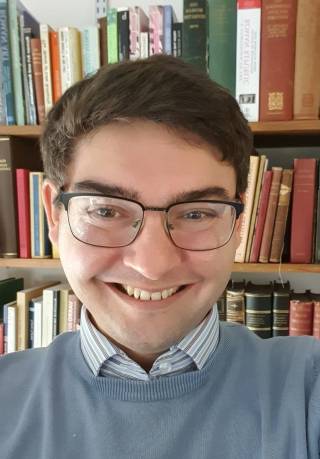