Eleanor is Professor of Ancient Middle Eastern History, with a particular focus on Iraq. She has been the Head of the UCL History department since 2018.

Eleanor joined UCL in 2013 after ten years teaching in the Department of History and Philosophy of Science at the University of Cambridge (2004-13) and a varied postdoctoral career in and around the Faculty of Oriental Studies at the University of Oxford (1995-2003). Eleanor's research has three main focal points:

For a full list of publications, see Eleanor's Iris profile.

Eleanor is often interviewed by print media (e.g. the Times, Sunday Times, Telegraph) and broadcast media (e.g. BBC, Channel 4) on ISIS/Da'esh's occupation and destruction of cultural heritage sites in northern Iraq, and the consequences for ancient Assyrian archaeological sites such as Nimrud and Nebi Younus. 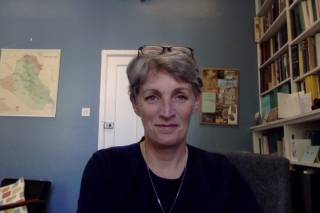 Read about Eleanor's journey to becoming a historian.