Stephen joined UCL in 2020 as a Research Fellow working on the ERC-funded project ‘Ordering, Constructing, Empowering: Fragments of the Roman Republican Antiquarians’ (FRRAnt). His research centers on the fragmentary remains of the earliest phase of Roman historical literature, when Roman writers first began constructing and elaborating a literary vision of the past through prose, epic and drama. His current monograph project is a thematic study of the methods and interests of Republican ab urbe condita historians, whose choice of a narrative form stretching from the earliest traditions to the authors’ own day enabled them to negotiate ruptures and continuities between a malleable antiquity and a changing present.

Stephen has also written on ancient and modern statue removal for Eidolon (2017) and on living alone in the wilderness for the Pandemic Post (2020). 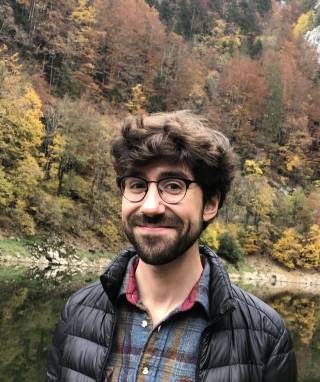