Dr Mark Ravinder Frost is Associate Professor of Public History, with research interests in war, empire and decolonization in modern Asia, and their place in popular memory. He joined UCL in July 2020 having previously worked at the Asia Research Institute, Singapore, the University of Hong Kong, and the University of Essex. He was educated at the University of Oxford, where he graduated with First Class Honours, and completed his doctorate at the University of Cambridge in 2002. He is the author of Singapore: A Biography (2009; 2012, co-authored by Yu-mei Balasingamchow) which in 2010 won the Asia Pacific Publishers Association Gold Medal and was selected as a CHOICE ‘Outstanding Academic Title’. This book was based on his work as Content Director and Senior Scriptwriter for the National Museum of Singapore’s award-winning Singapore History Gallery (2006-2015). Currently, he leads the ongoing ‘War Memoryscapes in Asia Partnership’ (WARMAP http://www.warinasia.com/) and the ‘Living with Violent Heritage: contests and coexistence in post-war Sri Lanka’ exchange (LiVHerE https://www.thebritishacademy.ac.uk/projects/heritage-dignity-violence-living-violent-heritage-contests-and-coexistence-post-war-sri-lanka/).

Mark has also been involved in other exhibition design and documentary film ventures, writing and co-producing the television programmes I Remember the Fall of Singapore (2017) and the three-part Love in a Time of Change (2018). At present, he is completing a feature-length documentary that explores the rich history of counter-culture music in post-independence Singapore. 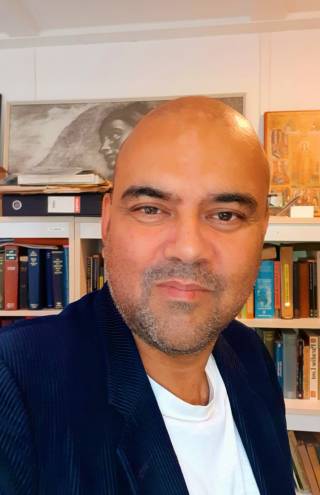