Keren Weitzberg is a Lecturer (Teaching) at UCL History and a Visiting Research Fellow at the UCL Institute of Advanced Studies. Keren received her PhD in History from Stanford University. Working at the confluence of science and technology studies (STS), critical race studies, and migration studies, she examines problematics related to biometrics, mobility, and national inclusion. Keren has over a decade of experience carrying out archival research, fieldwork, and oral history in multicultural, multilingual settings in East Africa. She has designed and led study abroad programmes and collaborated with civil society groups, artists, and scholars across the US, UK, continental Europe, the Middle East, and Africa. Her work sits at the intersection of the disciplines of history and anthropology.

In recent years, Keren has become increasingly focused on the historical antecedents and socio-political implications of digital technologies, especially biometrics. She is particularly attuned to the impacts of biometric and digital identity systems on migrants, nomadic populations, refugees, and border communities, who have historically struggled to access identity documents. Keren's current project, tentatively entitled Biometrics from the Margins: How Fingerprinting Reshaped Kenya, examines the fraught history of fingerprinting in East Africa. Biometrics from the Margins asks: Can an identification and registration technique long associated with colonial extraction be a means of accelerating political and financial inclusion for the world’s poor, as many proponents suggest? How are those at the physical and metaphorical margins of the nation navigating the new world of digital identity? Supporters argue that digital identity systems will enable African countries to ‘leapfrog’ to new stages of development. This project flips the script by showing that biometrics, though a novel technology, is layered atop an older, analog history.

Keren’s interest in the intersections between migration and identification evolved out of research for her first book: We Do Not Have Borders: Greater Somalia and the Predicaments of Belonging in Kenya, which was published in 2017. We Do Not Have Borders was a finalist for the 2018 African Studies Association Book Prize (Melville J. Herskovits Prize) and was featured in The Washington Post and Quartz Africa. It asks: Why are Somalis widely considered foreign to Kenya despite being among the country’s ‘indigenous’ populations? We Do Not Have Borders shows that Somali and northern Kenyan political thinkers envisioned diverse political futures, which were not always sovereign, territorial, or secular in scope. It also explores the interrelationship between border crossing, reactionary nativism, and hatred of the internal stranger.

For a full list of publications, see Keren's Iris profile.

Keren’s research has been featured in The New York Times, BBC World Service, Quartz Africa, and The Washington Post. She has written for Coda Story, the Mail & Guardian, The Conversation, Africa is a Country, The Washington Post, and the London Review of Books. 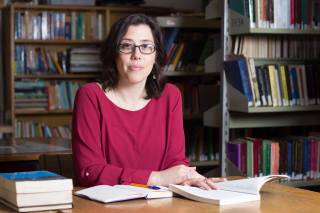 Keren received her MA and PhD from Stanford University. 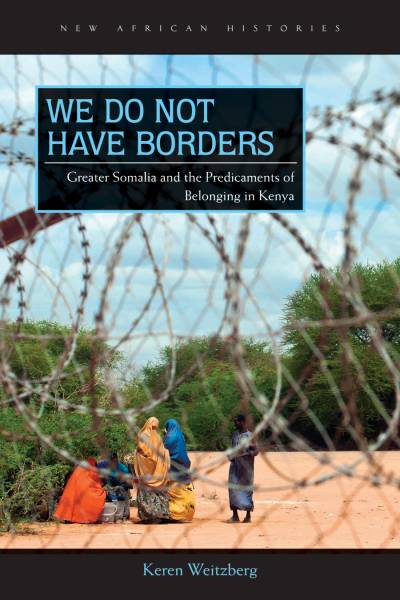