James is a Leverhulme Early Career Fellow at UCL History. He is a cultural and intellectual historian of modern Europe whose current project examines the ‘right to walk’ in Bucharest, Milan, and Paris between the revolutions of 1848 and the outbreak of the First World War in 1914. By studying that most quotidian act, walking, his research explores the exclusionary nature of the modern city during a pivotal era in its development. The laying of new boulevards and pavements, the lighting of streetlamps, and the plotting of new urban parks may have made it easier to walk the city, but not all people could walk when and where they desired. Urban modernity was always an exclusive project.

James comes to UCL from the University of Cambridge, where he wrote his PhD thesis on ‘The European Revolutions of 1848 and the Danubian Principality of Wallachia’. An article based on some of this research appeared in the Historical Journal in 2021, and he has a chapter forthcoming in a French-language volume on Les Mondes de 1848. He is also preparing a monograph based on the thesis. 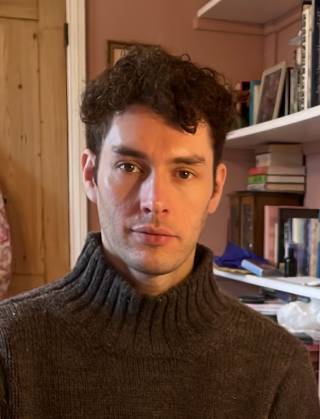