Eva is a British Academy Postdoctoral Fellow at UCL History. Her research considers the ancient Middle East, the modern West, and the relationship between the two, through asking questions about processes of rediscovery, transmission, and reception. Her current project investigates how imagery uncovered in mid-19th century excavations of ancient Assyrian sites in northern Iraq (dating to the 9th-7th cent. BCE) was adapted and 'revived' by European and American artists, architects, politicians, authors, and academics, especially in the United States and Germany. She is interested in the wider intellectual climate that shaped and was shaped by this process, in which the newly discovered Assyrian antiquity wound up being used, by different groups and in different ways, to work out what it meant to be modern and Western.

Eva's background is in the art, history, and languages of ancient Mesopotamia. She holds a doctorate from the University of Oxford where her thesis investigated representations of enemy punishment in palace art and Akkadian cuneiform texts of the 7th century BCE Assyrian monarch Ashurbanipal. She has previously been a teaching fellow for the ancient Middle East at UCL History, a teaching fellow at the University of Birmingham, and Henri Frankfort Fellow at the Warburg Institute.

British Academy Postdoctoral Fellow for the project 'A New Antiquity: Western Reception and Revival of Ancient Assyria in Decorative Arts and Architecture, 1850-1935' 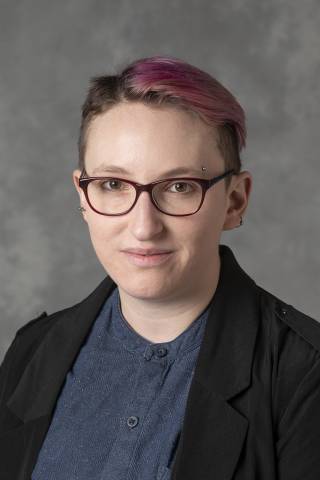 Trustee for the British Institute for the Study of Iraq
Convenor for the London Centre for the Ancient Near East seminar series, Autumn 2018