Alessandro de Arcangelis is a Lecturer (Teaching) in Intellectual History. Having initially joined the department as an MA student in 2013, he now works on modern European intellectual and cultural history, with a particular focus on transnational encounters, cross-cultural exchanges, and Europe’s global entanglements. His research is especially concerned with the study of modern historical imaginations, and investigates the emergence, during the eighteenth and nineteenth centuries, of new ways of conceptualising the past, interpreting the present, and imagining the future, in connection with broader experiences of social and political change, revolutionary upheavals, and mechanisms of global integration. He is especially interested in debates on philosophy of history, the history of historiography, as well as the links between temporal concepts and the evolution of modern political ideas.

Alessandro has recently completed work on his first monograph, entitled The Spirit of History: Vico, Hegel, and the Modern Historical Imagination, c. 1790-1870. In this work, he employs a transnational perspective to investigate the intersection of debates on Giambattista Vico and Georg Wilhelm Friedrich Hegel taking place in nineteenth-century Europe, concentrating in particular on the ways in which competing understandings of history and progress energised political debates on Revolution and national unification projects.

His next research project will be a study of the links between environmental thinking and political thought in Prussia, c. 1770-1870. 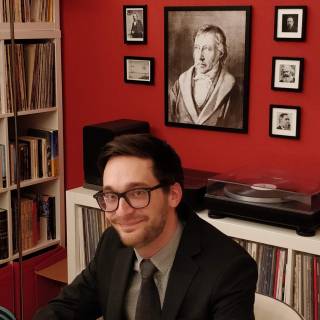