We spoke to Montaz Marche, a recent Graduate of the UCL History MA. Montaz's MA dissertation was on black women’s lives in eighteenth/nineteenth-century London. We spoke to her about her research, her time at UCL, and why Black History Month is so important to her. 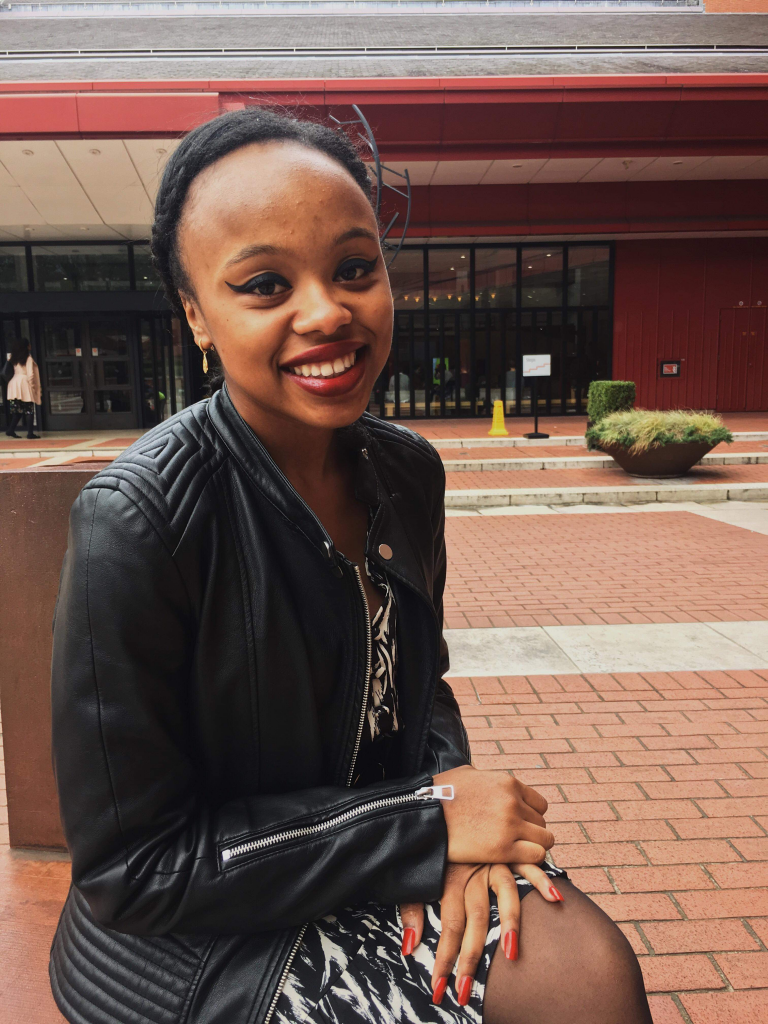 You can read Montaz's recent article, 'Uncovering Black Women in Eighteenth- and Nineteenth-Century Britain', which draws on the research she discusses below, here.

Hi Montaz! Can you tell us a little about yourself, and why you decided to study the History MA at UCL?

Well, I am a recent MA graduate, aspiring feminist writer and historian. I have always adored history from a young age especially anything from the 17th/18th/19th century. I have a passion for gender history and black British history, but I have always felt that my passions in history were always very divided between either studying women exclusively or black history exclusively. But, as I hope to make more aware, there is much more to the story. The fusion of these two realms of history is important and full of compelling women and histories. As a feminist historian, I believe that it is about time that we engage with the unique social structures and experiences that affect black women across all epochs. Black women of every period, every single one, goes through a unique struggle of self-identification, oppression and empowerment. I, myself, experience this daily as have many other black women and it is wrong to assume that others throughout history have not gone through the same, in their own way.

This is an ever-present component of the British social landscape, in particular, and yet is comparatively understudied in early modern spheres. And so, I want to rectify this state, to bring Black British women's lives and experiences in the 18/19th century to the forefront. This is precisely why I came to UCL. Not only as a diverse and thriving city campus but as an institution engaging further with black British history, I felt that my research aspiration could be supported as well as my development as a historian. Beyond that, UCL's MA programme allowed me to expand with opportunities to engage with other topics of fascination outside my comfort zone and develop new passions in History. And whilst being in London, UCL provides the means to trace the footsteps of the 18th century black women who lived right on our doorstep.

Your MA dissertation was on black women’s lives in eighteenth/nineteenth-century London. Why did you decide to research this?

I decided to write about black women's lives in the eighteenth/nineteenth century in my MA dissertation because it is the topic and the era that I am most passionate about. All along I felt like the 18th-century era, in particular, was one of many that were considerably underrepresented in terms of diversity. Looking back, it was difficult growing up loving different eras of history like the 18th century and not having any black female figures, beyond Mary Seacole, who I could relate to. Seeing individual black figures dotted around modern/ancient history and popular culture also did not make sense to me. I remember myself wondering where was everyone else? And in thinking this way it made it hard for me to love history in the same way as I do now because I knew it wasn't the whole story.

This research project has been long in the making, researching on my own time from in my teens, watching in awe at films like 'Belle'. But it wasn't until my second year when I had to make a podcast for a module that I thought maybe I could combine both my academic study and my passion project. I made a podcast on interracial marriages in the 18th-century British empire and my lecturer loved it so much she decided to integrate more black British history into her module. From there, my infusion of black British history just took off. But I felt like my MA thesis was the right time both in terms of my personal development as a historian and in terms of the growing interest in Black British history to produce such a topic of research. I really loved researching it and I wanted to do a service to the black women who had gone unnoticed for so long. And there was so much of their story to tell!

How did the modules and supervision at UCL help you develop a research approach for this project?

UCL has been incredible in terms of support and helping me develop my research. In terms of modules, not only did each module challenge and develop my skills as a historian but I have an incredible appreciation for the freedom that each module research project offers you to engage with the theme of the module in whatever manner you choose. This way I was able to explore themes of race, colonialism, gender and others in a variety of different forms namely, through film, public history, oral history and more generally in gender studies. Because of this, I was confident and able to engage with a variety of different mediums, archives and theories for my overarching MA thesis, whilst being exploring topics I found fascinating all throughout the year. Supervision has also been fantastic. In terms of MA supervisors, I definitely think I struck gold with Dr Ireton, who took a personal interest in my project and went to extraordinary length to ensure that I was not only supported but also advancing as a historian, both in my project and my future aspirations generally. Some great module tutors, as well as amazing course mates, has made this past year the best.

What were the most interesting findings from your research? Did anything surprise you?

Having spent most of my life looking at extraordinary, spectacular black individuals from across the world and throughout history, it was surprising to me the spectrum of experiences that many black women underwent and how there are so many extraordinary things to be said about the most ordinary of their actions. Thinking back now, it should not be surprising that black women were led such typical, contemporary lives, but I think it is such an uncommon representation of them, seeing them as innkeepers, or criminals, or servants or even prostitutes was precisely a fascination. The most surprising example I think was a woman called Charlotte Gardiner who was executed for 'breaking the peace' during the Gordon Riots of 1780, and arguably the circumstances of her execution made her the modern equivalent of a political activist. I had never thought of black women taking an interest in the politics of the time. Contextually, amidst the slave driven western world, normality for black women, to experience the same work, social status, experiences, interactions and actions as their neighbours, the mutual solidarity that formed interracial relationships within class thresholds in 18th-century mainland Britain was an extraordinary thing. It is also a fact that shocks others when I speak about my research, which is perhaps a statement on their representation in history itself.

It’s Black History Month this month; why do you think it’s so important to focus on the experiences of black people, and particularly black women, as you have done in your research?

It is important to focus on black women through research like mine because it is time to change the narrative. Black History Month represents a time of celebration, illumination and appreciation for the incredible role and contribution black people have been responsible for in this country for centuries. And yet in 2019, many still believe that black people simply materialised in Britain in 1945 on the deck of the HMS Windrush. This is fundamentally wrong. Black women have been a part of Britain since the 'Beachy Head Woman', the Afro Roman who lived and died in Sussex in the 3rd century and the 'Ivory Bangle Lady' in York, of African descent from the 4th century. We are not some modern phenomenon. Our lives, our people and our history are just as much British as any Norman or Roman, Tudor or Churchill and I believe now is the time to undo the erasure of that past. Black women, particularly in the 18th century have existed within and fundamentally overcame a deep-rooted structure of domination that categorised them as 'lesser' or 'subhuman'. Yet still, the black women were independent, self-defining citizens as well as wives, mothers, independents, businesswomen and valued members of British communities. Our past may be darker and difficult to confront but, as Britons, the black women of the 18th century are all our ancestors, mine and yours. They share in our British ‘Identity’ and helped to make the country what it is today. Beyond statistics, beyond being part of the social landscape of 18th century Britain and they are human beings who share in the story of this nation and who are well worth talking about