UCL History is delighted to announce that Dr. Mehiyar Kathem has received a British Academy funding grant to run a series of Iraq Publishing Workshops. We spoke to Mehiyar about the project. 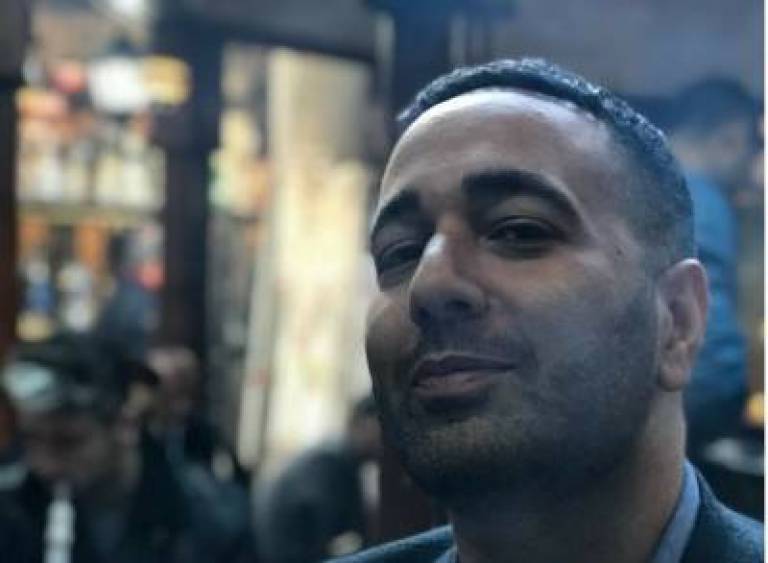 Tell us about the background of your project?

The Iraq Publishing Workshops aim to strengthen research capacity in Iraq and train Iraqi academics to publish in internationally recognised social sciences and humanities journals. The Iraq Publishing Workshops attempt to overcome the isolation of Iraq's academic communities who find themselves falling behind their peers in neighbouring countries as a result of war, conflict and the detrimental impact and legacy of sanctions in the past four decades. The Workshops attempt to strengthen UK - Iraq academic networks  with a view to publishing and increasing knowledge production.

The project builds on UCL's Nahrein Network, which looks at the sustainable development of heritage in Iraq and its neighbours. The Nahrein Network is based at the UCL Department of History and is a four-year programme working with Iraqi researchers and universities. The Workshops were designed based on the needs of Iraqi academics to improve their publishing standards.

What will the workshops involve, and when will they take place?

Two workshops in Iraq, in Sulaimaniyah and Najaf, entail the delivery of interdisciplinary research methods training as well as good practices in publishing. The workshops will be delivered in partnership with Iraqi colleagues and universities, namely Sulaimani Polytechnic University, al-Qadisiyaah University and Kufa University. The first workshop will be undertaken in late May 2019 in Sulaimaniyah, Northern Iraq and the second in November, in Kufa, Najaf. Lead trainer will be Dr Sara Felix from the London School of Economic's Teaching and Learning Centre.  Dr Lloyd Ridgeon of Glasgow University and editor of the British Journal of Middle Eastern Studies will also participate in the training workshops. The workshops are implemented in co-ordination with Iraqi co-Applicants Dr Rozhen Mohammed Kamal-Amin and Dr Jaafar Jotheri.

What are you hoping that the workshops will achieve?

Humanities and social sciences are often neglected fields of research in the Middle East. This is the case in Iraq in particular. Strengthening Iraq's intellectual and academic infrastructure is key to its rebuilding and reconstruction. The workshops aim to strengthen Iraq's research capacity. Whilst a modest intervention, the workshops will bring to Iraq leading educators, trainers and editors, helping Iraqi academics themselves produce research that can contribute to both local and international academic debates.

Looking ahead to the future, where do you hope this project will go?

Small projects of this nature can go a long way in Iraq. Iraqi universities are desperate to engage in international academic conversations, which this project facilitates. Similar initiatives of this nature are key to rebuilding Iraq and helping its academic community actively participate in reconstruction.  Part of that is of course strengthening Iraqi universities capacity to undertake research in ways that better see a greater engagement between Iraqi academics and the communities around them. It is expected that the training offered in the workshops will help produce important journal papers that will be published in English language journals.