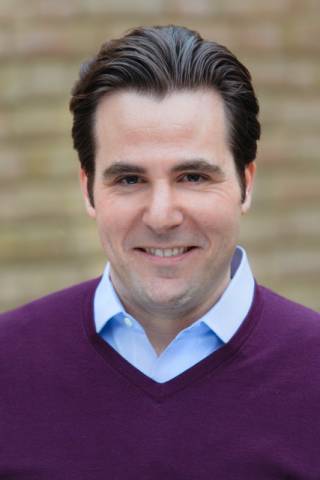 Seth Anziska is the Mohamed S. Farsi-Polonsky Associate Professor of Jewish-Muslim Relations at UCL. His research and teaching focuses on Israeli and Palestinian society and culture, modern Middle Eastern history, and contemporary Arab and Jewish politics. He is the author of Preventing Palestine: A Political History from Camp David to Oslo (Princeton University Press, 2018), which was awarded the British Association for Jewish Studies Book Prize in 2019. His writing has appeared in The New York Times, The New York Review of Books, and Foreign Policy. Seth received his PhD in International and Global History from Columbia University, his M. Phil. in Modern Middle Eastern Studies from St. Antony’s College, Oxford, and his BA in history from Columbia University. He was a 2018-2019 Fulbright Scholar at the Norwegian Nobel Institute, and has held visiting positions at Dartmouth College, New York University, the London School of Economics, and the American University of Beirut.

Dr. Anziska’s research is focused on the international history of the Middle East in the 20th century, particularly Israel/Palestine, Lebanon, and US relations with the wider region. His first book, Preventing Palestine, examined the emergence of the 1978 Camp David Accords and the consequences of international diplomacy in circumscribing Palestinian self-determination. Dr. Anziska is also interested in archival practices and visual culture of the Middle East, as well as the legacy of Arab-Jewish encounters in Europe and the Levant. Current projects include an international history of the 1982 Lebanon War (supported by the British Academy/Leverhulme Trust), which explores the possibility and limitations of historical research across national borders given the afterlife of political violence.

Dr Anziska’s research into the history of Palestinian statelessness has shaped and informed policy discussions about the political horizons of the Israeli-Palestinian conflict with policymakers and diplomats in the US and Europe, and Israeli and Palestinian officials.

Dr Anziska’s uncovering of vital new sources about the 1978 Camp David Accords and the 1982 Lebanon War has led to the publication of over 400 pages of primary material as an online archival resource in The New York Review of Books (‘Sabra and Shatila: New Revelations’), the Institute for Palestine Studies, Al-Akhbar, and Jadaliyya.

He often gives public presentations about his work, examples of which include: