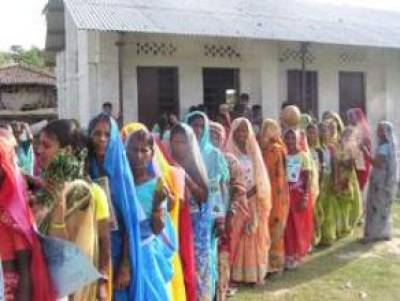 What we are doing

This project aims to test a similar model to that used in the Makwanpur study in a larger population in Dhanusha district, southern Nepal. We have adapted the intervention in two important ways.

First, in order to model scale-up and potential sustainability, we are working with female community health volunteers, an existing group of volunteers in the government system, as facilitators for the women's group intervention.

Second, given the success of the intervention on one dimension of public health - newborn survival - we think that the process of participatory community mobilisation could also affect dietary behaviour change. Therefore we are using the community groups to encourage improved diets and eating habits, especially during pregnancy and periods of exclusive breastfeeding.

In addition to the women's group intervention, following on from the success of work by Bang and colleagues in India and Morang Innovative Neonatal Initiative (MINI) project in Nepal, MIRA Dhanusha is also testing a system for community-based management of neonatal sepsis through female community health volunteers. These women will visit all newborns, check for signs of possible serious bacterial infection, administer antibiotics as necessary and refer complicated cases to the nearest health facility for antibiotic injections.

Other research from IGH in Nepal