To develop efficient and sustainable ways to improve quality and access to healthcare in China, especially in poor rural and urban communities.

The work is taking place in nine counties in Zhejiang Province with a total population of 3.4 million people.  This is against the background of major ongoing health system reforms.

The programme consists of complementary elements including:

CHCs enable community participation in decision-making on health issues and are increasing accountability of health authorities and providers, with resulting major improvements in governance and transparency.

The health authorities acknowledge that the CHCs have already played an important role in influencing health policy and in addressing many of the targets demanded by the new health system reform agenda.

This is the first model of its type in China and it has been described as an example of local democracy in action.

We have introduced evidence-based medicine for common diseases including hypertension and fever in childhood at township level.

We have also introduced the use of evidence-based clinical protocols as a performance indicator for evaluation purposes and as the basis for a performance-related bonus system, which serves to improve and maintain quality of care.

Traditionally CHE in China has been very top-down, didactic, and non-participatory. The new models have included health clubs or support groups for individuals with specific conditions.

The health clubs provide mutual support and encourage sharing of knowledge and experience in relation to the health problem. We have shown that these "clubs" improve hypertensive and diabetic control

Overutilisation of drugs and investigations for minor self-limiting illnesses has been endemic in the Chinese health care system since the economic reforms and marketisation of the health care system in the early 1980s. It is estimated that around one third off China's poor have fallen below the poverty line because of medical costs.

Our project has tackled this in three main ways. Firstly, we have lobbied for increases in the re-imbursement for the basic rural health insurance, and second we have taught rural doctors the appropriate and non-wasteful use of drugs, and thirdly, we have informed the general public and service users about the benefits of appropriate medical treatment.

Working with the media

This has facilitated the dissemination of innovations and changes in policy, has helped to deliver health education messages and has ensured the project has had a high profile in China.

Using the impetus of health system reform to drive the programme

This is an important lesson for any initiative aiming to bring about fundamental change. We have been able to provide appropriate mechanisms by which the targets required by the Ministry of Health in the health system reforms can be achieved. This is part of the reason why the initiatives of the project have been very welcomed and are proving sustainable.

While the external funding has just finished, local funding has been provided to extend of the project to all areas of Zhejiang province, a population of 50 million.

In developing the programme we involved the general public, service users, health workers, health authorities and local governments. We believe this has been crucial to successful implementation and sustainability.

Other research from IGH on Equity, Quality of Care and Health Systems 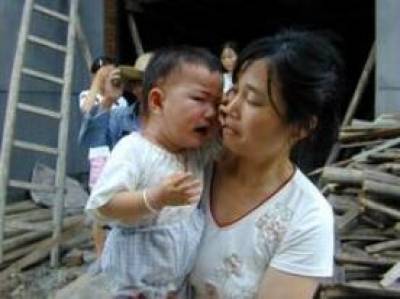