China is undergoing the largest migrant flow in world history, with an estimated 220 million rural-urban migrants across the country. Many migrants are parents and an estimated 58 million children are "left behind". Thirty million of these live with neither parent, mostly in the care of relatives.

An estimated 6 million are living alone or without and care arrangements in place. Small studies are starting to show that the resulting  physical and emotional neglect, and lack of appropriate supervision, are associated with poor health and psychosocial outcomes and exposure to abuse. There are an estimated 1.2 million left behind children (LBC) in Zhejiang Province and 600,000 in Guizhou.

The overall objective of this project is to improve the health, psychosocial, behavioural  and educational outcomes of children left behind in rural areas by parents who have migrated to work in the cities. The specific objective is to develop a sustainable and replicable community-based intervention, consisting of a network of "clubs" at village level, staffed by volunteers, who will provide support for local children, including those left behind, through play, mentoring and help with homework. The clubs are established under the auspices of the Chinese Women's Federation.

Other research from IGH on Adolescent Health, Child Health and Vulnerable Populations & Disability 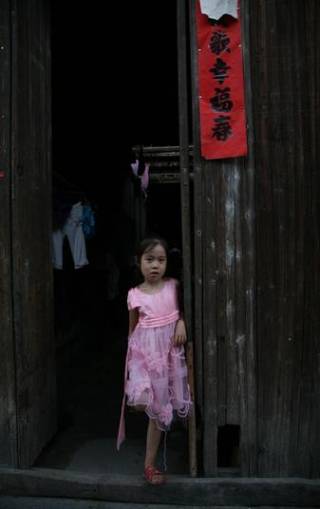