Our research aims adopt the most recent developments in the judicial and academic understanding of the 'ndrangheta in Italy, and bring those insights to bear on the Australian context.

We also aim to spread public understanding of the 'ndrangheta in Australia and beyond. 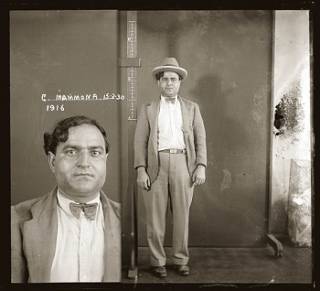 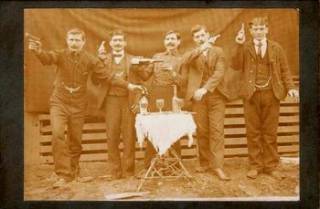 The Australian 'Ndrangheta Research Group brings together scholars working in different disciplines based in Italy, Australia and the UK who are interested in investigating the history and contemporary reality of organised crime of Calabrian origin in Australia.

The 'ndrangheta is Italy's least known but most powerful criminal fraternity or mafia. One of its distinctive characteristics is the success it has had in establishing colonies outside of its home region of Calabria, such as in Germany and North America. There is very good evidence that the 'ndrangheta has had a substantial presence in Australia since at least the 1930s. Yet for a variety of reasons, law enforcement, public opinion and academia in Australia have frequently seemed reluctant to discuss this criminal organisation. Even today, the very word 'ndrangheta appears only very rarely in the Australian press.

John Dickie is Professor of Italian Studies at University College London. His books Mafia Brotherhoods (2011) and Mafia Republic(2014) together constitute a two-volume parallel history of Italy’s three major criminal organisations, Cosa Nostra, camorra, and ‘ndrangheta (in 2014, both of these books were published together as a single volume in the United States, under the title Blood Brotherhoods). In the course of his research, he engaged in a close dialogue with investigating magistrates and members of law enforcement in Calabria. The books advance a number of new hypotheses about Calabrian organised crime in particular, arguing that the ‘ndrangheta first emerged from the prison system in the 1880s, and that it underwent an important transformation during the Fascist era when it ceased profiting from prostitution and embraced the kind of dynasty-building that had always characterised the Sicilian mafia. In 2013 John presented a documentary, The Mafia’s Secret Bunkers, for the BBC and for History Channel (Italia) about Operazione Crimine and the latest developments in the fight against the ‘ndrangheta. The photo shows John emerging from an ‘ndrangheta underground bunker system in Platì.

Dr Stephen Bennetts graduated from the University of Western Australia in 2013 with a PhD in Anthropology on the contemporary Southern Italian folk revival. He  has been actively involved since 2011 in research on the history of the Calabrian mafia presence in Australia, and has written on the Southern Italian mafias for The Australian and The Australian Literary Review. During a 12 month period of doctoral research in 2002-3 on the revival of popular tradition in Calabria, Campania and Salento, he lived for three months in a town in the Costa Ionica area of Calabria and carried out fieldwork at the Festa Della Madonna della Montagna in Aspromonte, which has long been closely associated with the ‘ndrangheta. He has worked since 1994 as a consultant anthropologist for Aboriginal organisations in Northern Australia on Aboriginal heritage and native title matters.

Dr David Brown completed his PhD at the University of Queensland in 2009 with his study into the Queensland Italian population between the years 1910 and 1945 and the impact of the Italian Fascist party's politics on this migrant community. It was during this research that he came across numerous reports and archival documents on Italian 'Black Hand' criminal activities in Queensland in the pre-World War II period. He has continued to pursue further investigation in this area when he is able to find the time away from his job as a history tutor at The Sixth Form College Farnborough.

Dr. Anna Sergi holds a Specialist degree in Law from the University of Bologna, Italy, an LL.M. in criminal law, criminology and criminal justice from King's College, London and a PhD in Criminology from the Department of Sociology at the University of Essex. Her PhD thesis compared the evolution of the English and the Italian legal systems in policing organised crime nationally and internationally. Originally from Calabria, Anna has developed an interest in the 'ndrangheta, as political and governing subject at the local level and as criminal force beyond Calabria and Italy. She has also approached the links between migration and criminal markets from Italy to Australia. Anna has worked as Programme Affiliate Scholar at New York University School of Law Center for Crime and justice, as well as Research Assistant for the UK Research Council Global Uncertainties Programme at the University of Cambridge, developing a growing interest for global policing, international relations and security.

Catherine Williams holds Bachelors of Laws and Arts(Hons) from Melbourne’s La Trobe University; she is currently in her final year of PhD candidature with a thesis examining the efficacy of a particular aspect of Italian Law 45/2001 (which modified the legislative framework governing collaboratori di giustizia). Catherine’s research interests include the Australian legislative response to organized crime as well as the Australian discourse on organized crime and how it influences this response.

Select Bibliography on the Australian 'Ndrangeta: