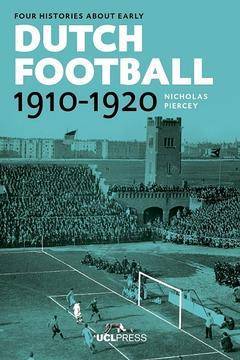 What is the purpose of history today, and how can sporting research help us understand the world around us? In this stimulating book, Nicholas Piercey constructs four new histories of early Dutch football, exploring urban change, club members, the media, and the diaries of Cornelis Johannes Karel van Aalst, a stadium director, to propose practical examples of how history can become an important democratic tool for the 21st century.

Using early Dutch football as a field for experimental thinking about the past, the four histories offer new insights into the lives, interests and passions of those connected to the sport in the 1910s and the cities they lived in. How did World War One impact on Dutch football? Were new stadia a form of social control? Is the spread of the beautiful game really a good thing? And why was one of the sport's most prominent figures more concerned with potatoes? These stories of early Dutch football suggest how vital sport and history can be in shaping our lives, perceptions and actions, and why we need to challenge the influence they have today.