The Craft: How the Freemasons made the modern world

John Dickie’s new book to be published in seven languages 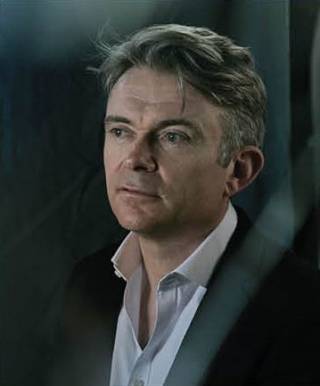 Due out in early August in the UK and in the USA, professor John Dickie’s new history of the Masonic movement will also be published in German, Italian, Dutch, Polish, Russian, and Chinese translations.

Insiders call it the craft. To the rest of us, Freemasonry is mysterious and suspect. Yet its story is peopled by some of the most distinguished men of the last three centuries: Winston Churchill and Walt Disney; Wolfgang Mozart and Shaquille O’Neal; Benjamin Franklin and Buzz Aldrin; Rudyard Kipling and ’Buffalo Bill’ Cody; Duke Ellington and the Duke of Wellington.

Founded in London in 1717 as a set of character-forming ideals and a way of binding men in fellowship, Freemasonry proved so addictive that within two decades it had spread across the globe. Masonic influence became pervasive. Under George Washington, the Craft became a creed for the new American nation. Masonic networks held the British empire together. Under Napoleon, the Craft became a tool of authoritarianism and then a cover for revolutionary conspiracy. Both the Mormon Church and the Sicilian mafia owe their origins to Freemasonry.

The Masons were as feared as they were influential. In the eyes of the Catholic Church, Freemasonry has always been a den of devil-worshippers. For Hitler, Mussolini and Franco the Lodges spread the diseases of pacifism, socialism and Jewish influence, so had to be crushed.

Professor Dickie’s The Craft is a surprising and enthralling exploration of a movement that not only helped to forge modern society, but still has substantial contemporary influence. With 400,000 members in Britain, over a million in the USA, and around six million across the world, understanding the role of Freemasonry is as important now as it has ever been.

John Dickie is Professor of Italian Studies at University College London. Hodder & Stoughton published his Cosa Nostra: A History of the Sicilian Mafia in2004, to ecstatic reviews. It became an international bestseller, with over 20 translations, and won the CWA Dagger Award for non-fiction that year. Since then he has published Delizia!: The Epic History of the Italians and their food (2007) now a six-part TV series for History Channel Italia and other networks worldwide. His most recent books are Mafia Brotherhoods (2011) and Mafia Republic: Italy’s Criminal Curse (2013). In 2005 the President of the Italian Republic appointed him a Commendatore dell’Ordine della Stella della Solidarietà Italiana.