The Migrant Crisis, Spanish America and the Right to Travel

Between the Lines: Conversations in Translation

What makes translation creative? What happens when we read translations? Go to 'Between the Lines' to hear translators in conversation about their work. As well as translators, writers, critics talk personally and freely with Timothy Mathews about different experiences of translation. Publishers of translations talk about discovering books in different languages and about making them accessible.

These conversations tell stories about the lives of books in different languages, and about giving writers new lives in new languages. They are informal and unedited, and open to anyone who loves reading. Listen to people talking about how translation enhances the fun of literature instead of diluting it. Hear about the intimate and unheard conversations that go on inside translation itself.

Between the Lines is run by Professor Timothy Mathews, UCL School of European Languages Culture and Society, and was jointly conceived with Simon Cooke, Post Doctoral Fellow in English at Edinburgh University. 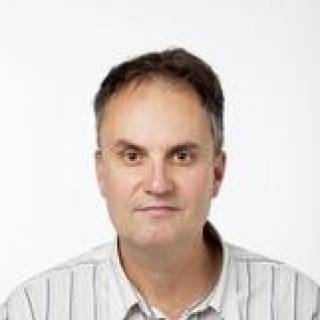 Steve Waters talks with Timothy Mathews. Steve Waters is a playwright whose work has been performed at the Bush Theatre London, The Hampstead Theatre, the Donmar Warehouse and the Sheffield Crucible. Here he talks particularly about his plays 'Ignorance/Jahiliyyah', which explores the Muslim Brotherhood, 'Little Platoons', which explores current education policy, and 'The Contingency Plan', which explores the politics of climate change. He talks generally about how notions of translation affect his life as a playwright, and his approach to writing dialogue for the stage.  He is co-author of 'Europa', a multi-lingual play in Polish, Croatian, English and German, currently showing in Dresden and touring Europe.

Steve Waters also discusses his 'Habitats', which is a version of Philippe Minyana's 'Habitations' and was staged by the Gate Theatre London in 2002.  His 'The Secret Life of Plays' is published by Nick Hern Books (2010), as are his plays. He has contributed to 'The Guardian' where his blog 'The Secret Diary of a Playwright' ran from Autumn to Spring 2011-12. He is Senior Lecturer in Creative Writing at the University of East Anglia. 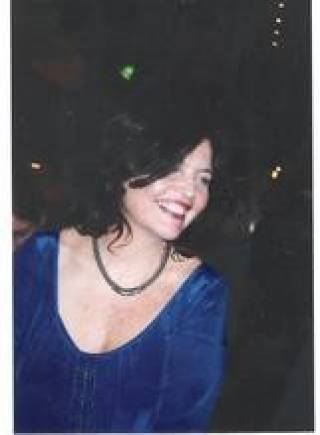 Maureen Freely talks with Timothy Mathews. Maureen Freely has translated five books by Orhan Pamuk, winner of the Nobel Prize for Literature: 'Snow', 'The Black Book', 'Istanbul: Memories of a City', 'Other Colours' and 'The Museum of Innocence'. She is the author of seven novels: 'Mother's Helper', 'The Life of the Party', 'The Stork Club', 'Under the Vulcania', 'The Other Rebecca', 'Enlightenment'; 'Sailing through Byzantium' is published in October.

Maureen Freely is active in various campaigns to champion free expression. She also works with campaigns aiming to promote world literature in English translation.  She has been a regular contributor to the Guardian, the Observer, the Independent and the Sunday Times writing on feminism, the family and social policy, Turkish culture and politics, and contemporary writing. Here she talks widely and openly about her relationship with Pamuk, with Turkey, and her lived experiences of westernization, ethnic identity and the pursuit of freedom. 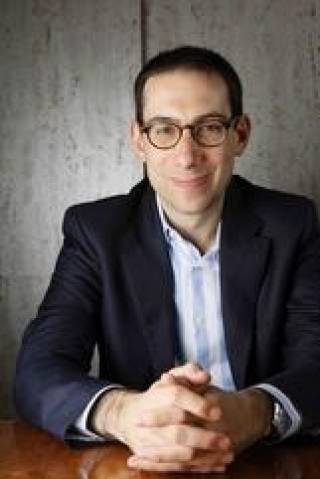 Timothy Mathews talks with Adam Freudenheim, the Managing Director of Pushkin Press, about acquiring Pushkin Press, and about the exciting new series of children's literature in translation at Pushkin. Together they talk about Andrés Neuman, 'Traveller of the Century', translated from the Spanish by Nick Caistor and Lorenza García, which has been shortlisted for the Independent Foreign Fiction Prize. The conversation turns to the Pushkin Press translations of Stefan Zweig by Anthea Bell and of Marcel Aymé by Sophie Lewis.

Adam was born and raised in the United States but has lived in the UK since 1997. He was educated at Harvard and Cambridge Universities. He has worked in publishing for fifteen years, including at Granta Books, at Yale University Press (London) and at Penguin Books where he was Publishing Director of Penguin Classics and Reference from 2004-2012. He is perhaps best known for helping rediscover the work of German writer Hans Fallada, with the first English-language publication of 'Alone in Berlin'.  Adam is currently Publisher and Managing Director of Pushkin Press, which focuses on bringing the best stories from around the world to British and American readers. Adam has been a trustee of the London Library since 2009 and is an executive committee member and trustee of the Leo Baeck Institute (London), a member of the Caine Prize Council and a member of the Athenaeum. 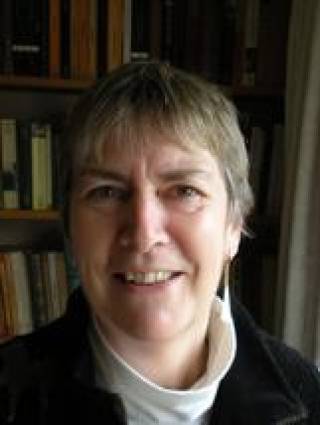 Timothy Mathews talks with the acclaimed, multi-award winning translator Margaret Jull Costa about her work with Bernardo Atxaga, Fernando Pessoa, José Maria Eça de Queiroz, and José Saramago among many other writers working in Spanish and Portuguese as well as Basque. Her top tip for new translators? Read!

Margaret Jull Costa has been a literary translator for nearly twenty-five years and has translated many novels and short stories by Portuguese, Spanish and Latin American writers, including Eça de Queiroz, Fernando Pessoa, José Saramago, Javier Marías, Bernardo Atxaga, Luis Fernando Verissimo and Alberto Barrera Tyszka. She has won various prizes for her work, most recently, the 2012 Calouste Gulbenkian Prize with Teolinda Gersão’s 'The Word Tree', for which she was also runner-up with António Lobo Antunes’s 'The Land at the End of the World'. 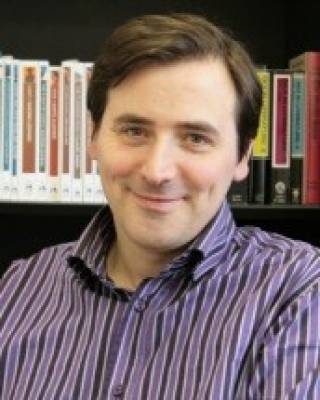 Timothy Mathews talks with Alessandro Gallenzi, the managing editor of Alma Books, about his long and varied experience in publishing translations of European literature and writing them.

Previously the founder of The Hesperus Press, Alessandro Gallenzi is the founder and the managing editor of Alma Books, winner of the independent publisher of the year 2013, as well as a novelist, poet, playwright, and translator. He commissions and publishes translations of a wide range of European literature from the Medieval period to the present in both prose and verse. Here he talks widely about his approach to commissioning translations, about his approach to  translating verse of different periods into both Italian and English, and about the translation he is working on now of W H Auden’s poetry into Italian. The interview ends with a properly inspirational message to young translators. 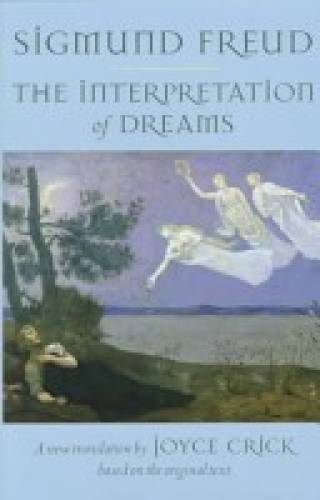 Timothy Mathews speaks with Joyce Crick about her explorations in English of Freud and Kafka. A highlight is the way she hears the word Schuld which is German for guilt.

Joyce Crick taught German at UCL for many years.

Since her retirement she has translated a variety of texts, including Freud's The Interpretation of Dreams for Oxford World's Classics, which was awarded the Schlegel-Tieck prize in 2000, Selected Tales by Jacob and Wilhelm Grimm, and Kafka’s A Hunger Artist and Other Stories, both also for OUP. 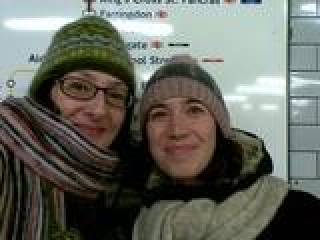 Timothy Mathews speaks with Eugenia Loffredo and Manuela Perteghella, the co-editors of 'Translation and Creativity' (Continuum 2006) and 'One Poem in Search of a Translator' (Peter Lang 2008).

Eugenia and Manuela met in 1998 at the University of East Anglia, UK, while studying for postgraduate degrees in literary translation, Eugenia specialising in experimental translation, Manuela in theatre translation, and have since collaborated in several translation projects.

They are both interested in developing the idea of translation as a creative form of text making, and have set up The Creative Literary Studio in November 2012, a blog and a virtual space encouraging experimentation, performance and the creation of texts through translation. 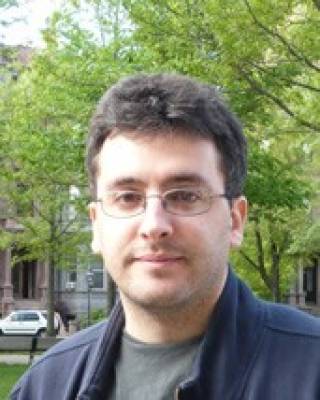 Timothy Mathews talks with Daniel Hahn about the linguistic, cultural and personal experiences of translating literary works into English, and the discussion turns in particular to 'The Book of Chameleons', by the Angolan writer José Eduardo Agualusa, and 'The Piano Cemetery' by the Portuguese writer José Luís Peixoto.

Daniel Hahn is a writer, editor and translator, with some thirty books to his name. His translations from Portuguese, Spanish and French include fiction from Europe, Africa and the Americas, and non-fiction by writers ranging from Portuguese Nobel Laureate José Saramago to Brazilian footballer Pelé. His books have won him both the Independent Foreign Fiction Prize (a prize he has also judged) and the Blue Peter Book Award.

A former chair of the UK Translators Association, he is currently national programme director of the British Centre for Literary Translation. Among other projects he is currently writing the new Oxford Companion to Children's Literature.

Timothy Mathews talks with Clive Scott about literary translation and his publication 'Literary Translation and the Rediscovery of Reading'.

Clive Scott is Professor Emeritus at UEA. He has written on many aspects of French and comparative poetics, on the relationship between literature and the visual arts, particularly in Impressionism and Symbolism, on the literature of travel, on photography, and on literary translation which he discusses widely here.

In 2012 he published Translating the Perception of Text (Legenda), and Literary Translation and the Rediscovery of Reading (CUP), which is the focus of this interview. In it he explores the importance of creativity in translation and in generating responses to texts. 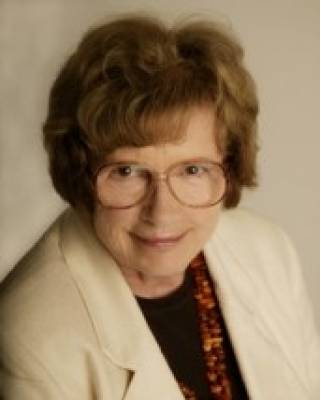 W G Sebald, who died in 2001, was a much loved writer of books about pain, especially the pain of the Holocaust. This is the residual pain filtering into the lives of individuals who did not live at the time of the Holocaust and were not there, but who are still affected in diverse ways, sometimes devastating, sometimes understated. These are life-enhancing stories, novels and essays, and they tell of experiences which are at the heart of literature, translation, and literature in translation. 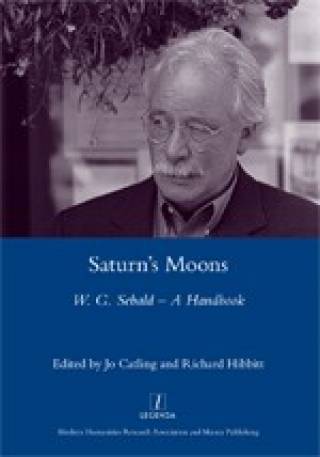 Sebald’s writing is devoted to what is lost in translation not just linguistically, but temporally and emotionally. His works became internationally known as a result of their translation from German to English, in the magnificent work of Michael Hulse and Anthea Bell, each in its own way sensitive to Sebald’s digressive way of writing and his poignant sense of detail. Anthea Bell is also the translator into English of the 'Astérix' books, as well as numerous German language authors including Freud, Kafka and Stefan Zweig. She is joined here by Jo Catling who is writing the translations of Sebald's academic essays and articles which will shortly be published. Together they explore the ways in which the wonders of Sebald's world are illuminated by their life in translation.

Juliet Mitchell - Pleasure, pain and the capacity to relate

Psychoanalysis and the arts have always been companions: Freud draws on Sophocles and Michelangelo, Jung on Hesse, Lacan on Sophocles too. These are acts of translation between different ways of thinking and working, different ways of experiencing society and each other. In this podcast Timothy Mathews talks with renowned psychoanalyst and gender theorist Juliet Mitchell about psychoanalysis and art, about how the positions we each occupy on our own can be translated and heard. A conversation about how art and psychoanalysis speak to each other and to life. It took place as part of the UCL Festival of the Arts 2014.

Timothy Mathews talks with Agnès Thurnauer in her studio in Paris about the relation between word and image in her paintings. About art as translation, witness and transformation of the past, and as a confident engagement with the present. Word and image disrupt each other in Agnès Thurnauer’s paintings, but also work together to invite viewers to imagine generous relations between women and men.