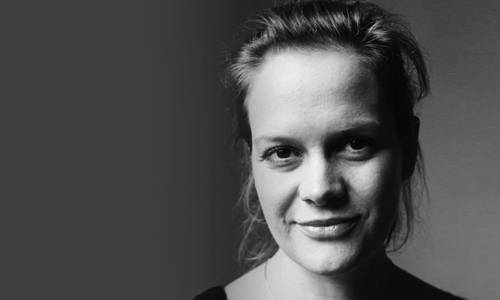 Claudia is a scholar of European and international politics. She is particularly interested in political power or authority, and the role that ideas, ideologies, and stories can play in shaping the relationships between citizens, peoples, and their states or international organisations. She seeks to bridge the gap between theoretical and empirical research, by exploring what concepts such as 'legitimacy' or 'recognition' mean to different people.

Her work on the European Union's struggle for legitimacy traces the history of ideas and contests regarding the EU's legitimacy in public debate and in discourses of the European institutions, and asks what we can learn from it with a view to political legitimacy more broadly. Her second monograph, co-authored with Kalypso Nicolaidis and Kira Gartzou-Katsouyanni, explores the Euro crisis from the perspective of mutual recognition, an idea at the very heart of the European project, and of how Greeks and Germans have offended each other over its course, and how to recover from this.

Claudia joined the Institute in 2015, coming to UCL from Oxford, where she was an Early Career Fellow at Oxford (2009-2015) and also held a Research Fellowship of the Deutsche Forschungsgemeinschaft (2009-2011). Trained at Cambridge (PhD, MPhil), Yale (MA), Sciences Po (recurrent visiting doctoral student), and the Freie Universität Berlin (undergraduate), she also spent one year as a contract lecturer at Sciences Po Paris and Wiener-Anspach Postdoctoral Fellow at the Université libre in Brussel (2008-2009).

Her research has received the 2014 UACES Best Book Prize, the 2015 Pademia and the 2013 Theseus Awards, as well as the 2002 Sage Award for Best APSA Paper in Comparative Politics.

2016: Public Opinion in the EU Institutions' Discourses on EU Legitimacy From the Beginnings of Integration to Today, Politique européenne 54/4: 24-56 (open access)

2015. What Were the French Telling us by Voting Down the "EU Constitution"? A Case for Interpretive Research on Referendum Debates, Comparative European Politics 21/2:1-26 (open access)

Forthcoming. Ideologies and imaginaries of EU legitimacy from the 1950s: shifts in EU-Official discourses against Rosanvallon’s Democratic Legitimacy. In Jan Komarek, ed. European constitutional imaginaries: Between ideology and utopia (under contract with Oxford University Press)