Perverting the Power Vertical: Politics and Aesthetics in the Global East

This strand explores the politics and aesthetics of illiberalism and resistance in Europe, and lessons from Russia’s authoritarianism.

The Power Vertical is a term used by political scientists to refer to Vladimir Putin’s brand of post-Soviet authoritarian governance. PPV is a restless but rooted seminar and event platform convened by Maria Mileeva, Michał Murawski and Denis Maksimov, with its own bespoke website. The PPV programme for Autumn Term 2020 comprises four events organised as part of Birzhastation, PPV’s (actually-existing) pavilion at the 2020 Tbilisi Architecture Biennale; and a symposium, Ars Homo Erotica: Ten Years Later, organised in collaboration with the Birkbeck School of Arts. The European Institute will provide support for these outputs under our Centre of Excellence grant. Full details below. Birzhastation - inspired by the Georgian practice of birzha, a type of informal gathering in public space - interrogates neo-liberal ideologies of architectural transparency in the post-socialist world (and in the global “wild capitalist” reality of the 21st century). Named in a fiddly, imaginative cocktail of Georgian, Russian and  English, Birzhastation provides an archi-ethnographic exploration of the possibilities and pitfalls of fine ideas (transparency, openness, horizontality, togetherness, the commonness) in a time of an ideological crisis, amid a global rise of the new types of militarized police regimes. While in many countries of the world we are still naively enamored by architectural transparency as a metaphor of political openness and economic honesty, in Tbilisi (in part, perhaps, as a result of former President Saakashvili's failed attempt to combat police corruption and brutality by decreeing the construction all-glass police stations) people are equipped with a more cautious mindset. The online presence of this restless but rooted seminar and event platform. A virtual symposium replacing the PPV presence at the Venice Biennale Arte exhibition.

Male Friendship and Honor on the Birzhas of Tbilisi

Tbilisi birzhas are associated not only with tough guys, street code and the obsession with sunflower seeds, but also with dzmakatsoba – the specific form of male friendship.

When discussing dzmakatsoba with Georgians you can often hear that with its special high values and obligations of friends to each other this form of friendship is unparalleled in other cultures.  From the case of dzmakatsoba we learn how friendship may resemble kin relations, become subjected to ideology and act as an instrument of social status and control.

Evgenia Zakharova is a researcher at the Peter the Great Museum of Anthropology and Ethnography (the Kunstkamera), Russian Academy of Sciences. In 2017 she obtained her doctoral degree in anthropology with her dissertation entitled "Men's Neighborhood Communities of Tbilisi: structure and functioning," which discusses the Georgian street as a social, political, and legal phenomenon".

Language: English/Georgian/Russian (please note: translation will not be provided)

In Soviet times, when all social life was dominated by official ideology, birzha - a physical place of gathering in the neighborhood - often played the role of an informal public sphere, where not only events of daily life were discussed, but also popular political and social attitudes, tastes and new knowledge were formed. Sometimes birzhas were the only places where “common sense” could be found. In our effort to contribute to the creation of new knowledge, we will address maybe the most important question of our politics – whether we can change 30-year-long paradigm of neoliberal dictatorship.

Language: English/Georgian/Russian (please note: translation will not be provided)

How does the idea and practice of birzha transform through Georgia’s post Soviet history? Is it a symptom of social and political development or does it signify resistance? Are we losing birzha as a minimal public space and, if so, what comes after?

Mikheil Svanidze is a sociologist from Tbilisi. He has studied Sociology at Tbilisi State University and obtained a Master’s degree in Social Anthropology from the Central European University. His research interests include public space, social movements, inequality, mobility and politics at large in post-socialist context. Methods-wise Mikheil positions himself as an anthropologist with extensive qualitative fieldwork expertise. Currently he is working towards his PhD thesis on production and reproduction of urban inequality in Georgia as seen through the lens of Tbilisi’s formal and informal transport systems.

From Collective to Cellular? Common Space Between the Street and the Prison

Reforms of prison space have had a strong impact on the social and cultural fabric of post-Soviet Georgian prisons, shifting from collectivist models to increasingly individualized spatial and social arrangements. This talk discusses the multifaceted connections between these transformations and changing ideas and practices of commonality among men in the streets of Tbilisi.

Costanza Curro (SSEES PhD, 2017) is a social anthropologist based at the University of Helsinki, where she is working on a project on ethnicity in the prisons of the Soviet Union and communist successor states of Central and Eastern Europe. Costanza’s work focuses on masculinities, urban spaces and practices of commonality and sharing. She has written about hospitality in Georgia after the Rose Revolution and birzha in Saak’ashvili’s times. 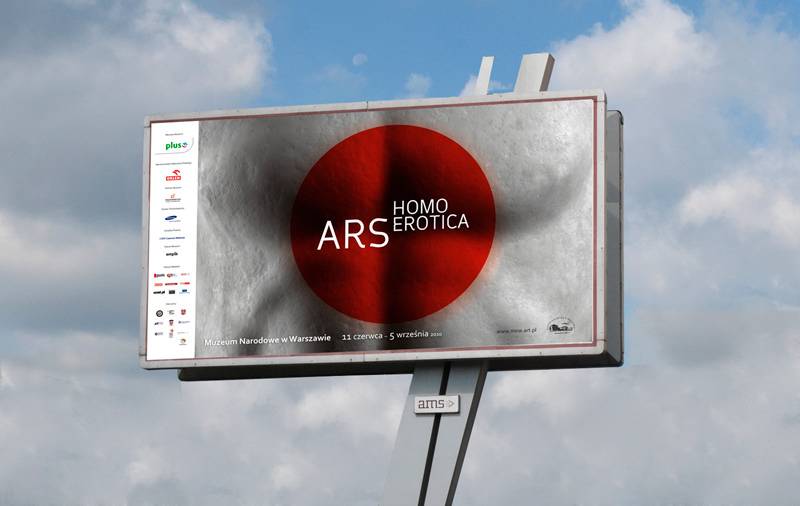 The "Ars Homo Erotica" exhibition opened at The National Museum in Warsaw on 10 June 2010. It examined the significance of homoerotic aesthetics and the homoerotic imagination in the history of art from ancient times until the present. This large-scale show had been devised as the museum’s contribution to the debate on the rights of the LGBTQ communities in Poland, in Eastern Europe, and in the larger world. The idea was proposed by the late Piotr Piotrowski, then the Director of the Warsaw Museum, as a major step of the Critical Museum project, which advocates the use of museum collections and resources to provide a forum for debates on burning social and political issues at the time of conflict.

The exhibition was hotly discussed by the media from Poland to Canada, and was vehemently opposed by right-wing politicians in Poland.

This online debate will focus on the impact of the exhibition, which has been listed recently by Maura Reilly as one of the major events of curatorial activism. But, did it help to realign the field?

The event is organised jointly by Birkbeck's Centre for Museum Cultures; PPV (Perverting the Power Vertical), a research and art platforms based at the FRINGE Centre (UCL SSEES/Institute for Advanced Studies) and The Courtauld Institute of Art.

Itinerary for the evening

Katarzyna Perlak, presentation of her film Niolam Ja Se Kochaneczke (I once had a lover) 2016, and Happy Ever After