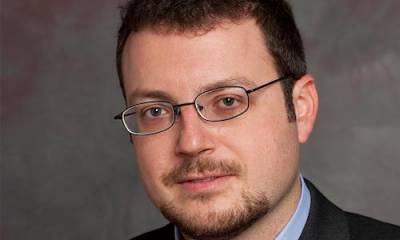 Professor in Competition Law and Public Policy
Faculty of Laws

He joined UCL in September 2005. He was awarded a Gutenberg Research chair at the Ecole Nationale d’Administration (ENA), the elite public administration school of the French republic in November 2011.

He has also conducted funded research as a fellow of the Max Planck Institute for Comparative and International Private Law in Hamburg, Germany (2009) and as a visiting scholar at the University of California, Berkeley (2006). In April 2014 he was elected a visiting professor and head of the competition unit of the Laboratory on Law, Innovation and Development of the National Research University, Higher School of Economics (Moscow). He was appointed visiting research fellow at the Institute of Law and Society at Humboldt University in Berlin in January 2014 and an Alexander von Humboldt Foundation research fellow at WZB (Social Science Research Centre Berlin) in August 2014.

Professor Lianos has gained working experience at the European Court of Justice, the Federal Trade Commission ( New York office) and is a qualified advocate at the Athens and the Paris bars.

He contributes widely to the global discussion in the area of competition law and policy. He is a Non-Governmental Advisor (NGA) at the International Competition Network (ICN), a Research partner with UNCTAD in Geneva. He contributed to European Commission’s consultations on damages, being one of the very few lawyers to be invited by the European Commission to contribute to the preparation of the recent draft guidelines of the Commission on the evaluation of damages.

He was the chairman of the Editorial Board of Competition Bulletin, Paris  (until 2013), a Senior Editor of the Antitrust Chronicle, Boston, MA, USA (CPI) and a member of the advisory board of Global Antitrust Review, London (GAR).

He has organized and conducted training for judges in competition law and economics in London, Toulouse, Lisbon, Hong Kong and Athens and has organized more than 30 international conferences on various aspects of competition law and policy at UCL and beyond, in the context of the UCL Centre for Law, Economics and Society, which he founded in 2007.