Olive Pearl Baxter was born in Kingston, Jamaica on 23 February 1912. She studied at Wolmer's School in Jamaica and then University College, London from 1930 having won the Jamaica Girls' Scholarship in 1930. Her sister Edith Baxter had previously won the scholarship and was already studying in London. Two years later in 1932 another sister Joyce, also of Wolmer's Girls' School, joined Olive at UCL.

Arriving in London in September 1930, Olive Baxter listed her proposed address as 24 Upper Bedford Place, WC1. She also cited this address as her residence in 1933, so it is likely this was her home for the duration of her degree. In 1933 Olive Baxter obtained her B.Sc. (Hons.) degree. After returning to Jamaica, Olive Baxter taught at Wolmer's Girls' School for forty-six years, retiring in 1980.

The Baxter sisters came from a family of at least five daughters born to their mother Fanny and their father Aubrey William Allen Baxter, who was an Inspector of Railway Stations. Olive Baxter's paternal grandfather was called James Gilbert Baxter and paternal grandmother was called Isabella Allen. Olive Baxter's father, Aubrey William Allen Baxter, was born in 1878 and was described as of coloured complexion in his baptism records. Fanny Beatrice Wright was born in 1880 and her father was called Isaac Francis Wright and mother called Sarah Henriques Wright. 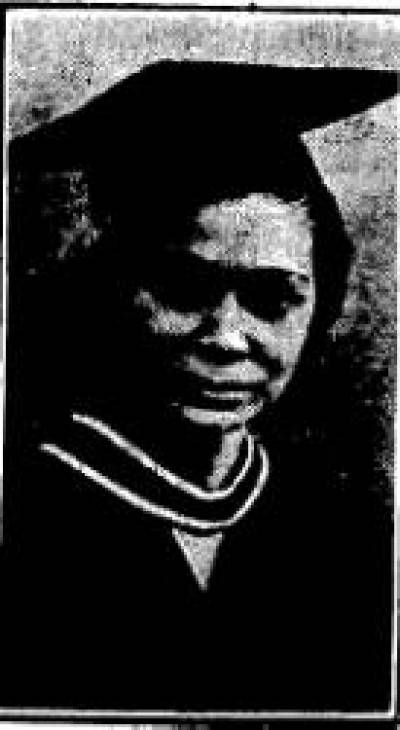 Photograph published in The Gleaner, 14 September 1933