Caroline Bressey and Gemma Romain, Equiano Centre, UCL Geography have won the 2015 'UCL Cultural Project of the Year' awarded by the UCL Communication and Culture Awards for their Tate Britain display Spaces of Black Modernism: London 1919-1939 and their public engagement related to the display carried out as part of the AHRC-funded project Black Modernism. 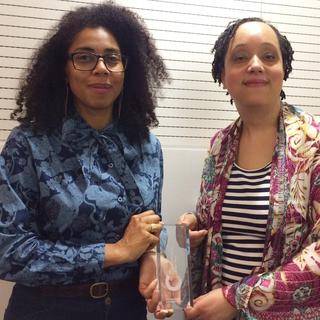 Spaces of Black Modernism is open until 4 October 2015.  The award was presented by the Provost on Thursday 7 May.