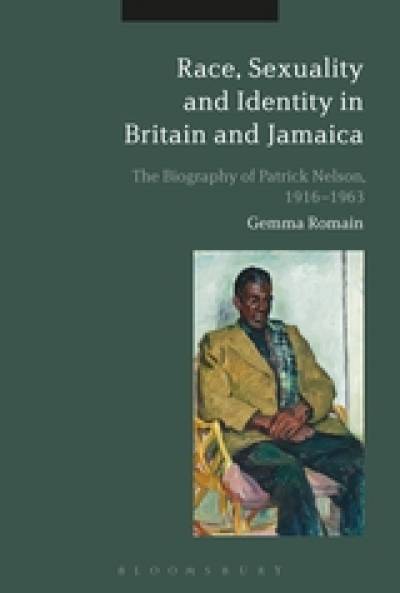 Gemma Romain's 'Race, Sexuality and Identity in Britain and Jamaica: The Biography of Patrick Nelson, 1916-1963' was published by Bloomsbury Academic in September 2017. Patrick Nelson was born in Kingston, Jamaica in 1916 and first migrated to Britain in 1937 to rural North Wales. In Jamaica he trained as a valet, working at the Manor House Hotel in Kingston and in Wales he worked as a 'gentleman's valet'. He returned briefly to Jamaica and then remigrated to Britain in 1938 where he studied law and worked as an artist model in London. In 1938 he met Bloomsbury Group artist Duncan Grant, who became his boyfriend. They kept in touch with one another for the rest of his life, writing to each other throughout the forties and fifties until Patrick's death in 1963. In early 1940 Patrick joined the military and went to France with the British Expeditionary Force, where he was captured and was a Prisoner of War for over four years. Patrick was repatriated to Britain in late 1944 and returned to Jamaica in 1945 before re-migrating back to London in the early 1960s. Gemma's biography explores themes such as Patrick's Queer Black identity and Queer Black London in the 1930s, Patrick's experiences in the Second World War, his experiences of race, colonialism and imperialism in Jamaica, and his experiences of the interwar London artworld through an examination of personal letters, newspapers, artworks and other sources.