Black Modernism: historical geographies of cosmopolitan lives in inter-war London builds upon research completed for the AHRC-funded project Drawing over the Colour Line: geographies of art and cosmopolitan politics in London 1919 - 1939, which was carried out by The Equiano Centre, Department of Geography, University College London between 2012 and 2013. This 22 month project explored the Black presence in London in relation to the inter-war art world, exploring themes including the life experiences and public reception of artists and artist models of African and Asian heritage and spaces of the London art world in relation to political and anti-colonial activity, gender, sexuality, and race and identity.

The aim of this extension of the project is to engage primarily the general public along with specialist academic and community based scholars interested in the 'jazz age' of 'the swinging twenties', the 'roaring thirties', queer history, Pan-Africanism, anti-fascism and anti-colonialism with the connections our project has found between these seemingly separate spaces. We have been curating a programme of workshops, talks and events to highlight the many and diverse findings of the project. Black Modernism has resulted in a collaboration with Tate Britain in Spaces of Black Modernism, a spotlight display at Tate Britain, which opened in autumn 2014 and the accompanying series of public events including a film and symposium event The Black Subject: Ancient to Modern, co-organised with Tate Public Programmes, a 'show and tell' at Tate Library and Archives, Queer Black Spaces 2, Queer Black Spaces 3, an evening talk at the Ben Uri Gallery, a comic book commission and a collaborative summer school, Drawing Black Lives in the East End, working with Tower Hamlets Local History Library & Archive.

As a result of this work in May 2015 we won the UCL Cultural Project of the Year awarded by the UCL Communications and Culture Awards. 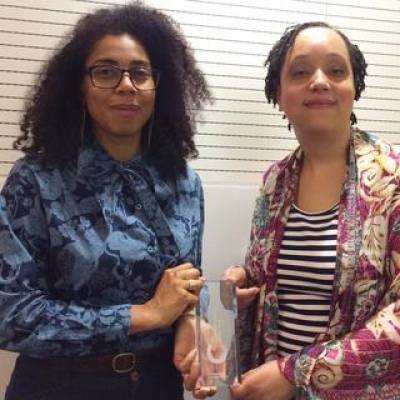 We have also shared the work through newspaper interviews and articles written by the team (Caroline Bressey and Gemma Romain) and references to and descriptions of a number of our events and activities have been included in blog posts:

Articles by the team:

Caroline Bressey, 'Black modernism, racism and the making of popular British culture in the inter-war years', The Conversation, 12 November 2014