On 27 July 1929 the Manchester Guardian published a letter from the archaeologist William Matthew Flinders Petrie in response to the controversy over Jacob Epstein's Night and Day statues on St James' Park underground station. Denouncing the 'primitive barbarism' of the sculptures, Petrie argued that the 'mock simplicity' of the work was a 'fad' of fashion and not in keeping with 'the natural beauty of England'. Petrie's words echoed the racist and nationalist attacks Epstein received in his career, which opposed his work as alien to Britain and un-English. Petrie's own personal artistic tastes lay in Pre-Raphaelite and Art Nouveau influences; Hilda, Petrie's wife, was painted by the nineteenth-century artist Henry Holiday and the couple knew painters such as G. F. Watts and Holman Hunt.

Petrie response to Epstein's work was situated in his the way he defined culture; he considered the artistic medium of sculpture to be a 'definite test' of the ability of a civilisation to produce culture. In Revolutions of Civilisation (1911), Petrie argued that civilisation was a recurrent or cyclical phenomenon, with intermissions of barbarism.

Petrie defined different art periods and objects in value laden terms. For example, Petrie considered this early head of a king (UC 15989) as of the 'best period' but this Byzantine head (UC14771) as of the 'base period.' 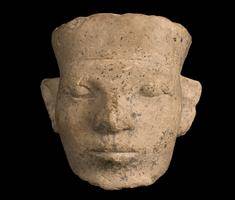 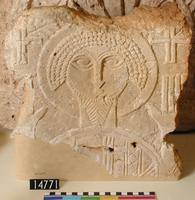 This idea that civilisation was cyclical with ebbs and flows was one constituent of nineteenth century western imperialism, with assumptions on how cultures and societies were 'civilised.' Petrie believed that civilisation, culture and intelligence were dependent on race. He believed there were different races of people and that race could be defined by skull size and shape, among other factors. Petrie's deeply racist ideas can be seen in this graph that he compiled in 1902.

[Image] Petrie (1902), 'Diagram of Climate and Intelligence of Races, each race marked by skull triangles (male only) in race triangle oval of nasal and alveolar indices'.

Work such as Epstein's Night and Day reflected barbarism for Petrie as it did not suit his artistic taste nor fit his racialised and cyclical conception of civilisation. Yet, arguably, it is hard to look at the early head of the 'best period' and not see parallels with Epstein's art.

The Oxford English Dictionary defines 'culture' as 1. 'The arts and other manifestations of human intellectual achievement regarded collectively, e.g. 20th century popular cultures; or 2. The ideas, customs, and social behaviour of a particular people or society: e.g. African-Caribbean cultures.