Over 40% of women may be missing key postnatal check-ups

Each year, more than 350,000 women in the UK may be missing out on key health and wellbeing check-ups following the birth of a child, according to a new study led by UCL researchers with Imperial College London. Lead author was PhD Candidate, Holly Smith (UCL IEHC) 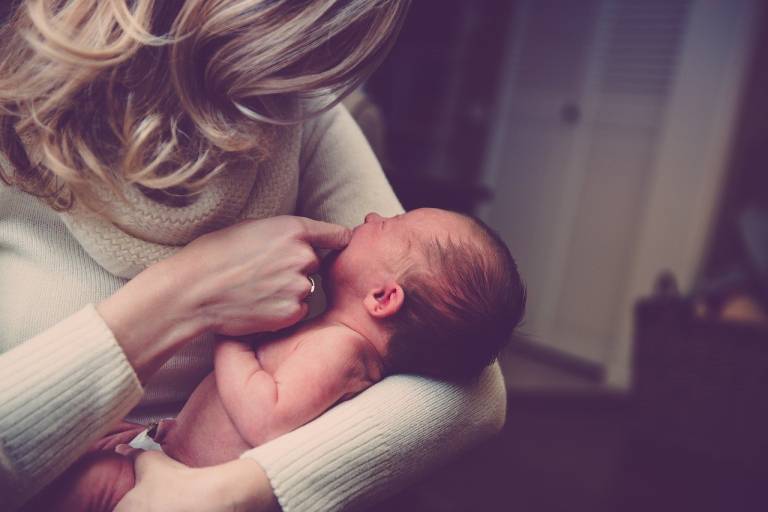 The research, published in BMJ Open, is the largest of its kind and shows teenage mums and those living in the most deprived areas of the country are least likely to get these check-ups.

In the UK women have automatic access to midwives and health visitors for the first few days after a birth. They should then be invited by their family doctor for a formal check-up six to eight weeks later in line with national (NICE) and World Health Organisation guidance. However, researchers found only six in 10 women in the UK have a record of such check-up.

These postnatal check-ups are crucial for picking up any physical and mental health issues and for assessing how well women are recovering after pregnancy and birth. They also provide an opportunity to discuss breastfeeding, contraception, smoking cessation, return to physical activity, and diet.

While it is thought that most new mothers do attend these check-ups, there is no official published data on patterns of primary care use by women following childbirth.

To try and plug this knowledge gap, the researchers drew on entries to The Health Improvement Network (THIN) database which contains anonymised health records for 16 million patients from 730 general practices across the UK.

They extracted information on postnatal check-ups in person or by phone and use of primary care in the 12 months following a birth by 15-49 year olds who gave birth between 2006 and 2015. In all, 309,573 births to 241,662 women were included in their analysis.

Three out of four women (76%) had a vaginal delivery; the rest had a caesarean birth. Nearly half the births (48%) were to first time mums; 22% were second births. Nearly half the women didn’t smoke (46%); 11% were current smokers.

Only just over half the women (56%) had a structured postnatal check-up; for four in 10 there was no record that they had had this within the first 10 weeks of giving birth.

Younger women and those living in the most deprived areas were less likely to get a check-up.

After excluding those women with fewer than five weeks of follow-up information and missing information on area of deprivation, 275,577 women were included in further analysis.

Yet in the 12 months following childbirth, most of the total sample (95%) had at least one appointment with a clinician averaging around five, rising to around six for smokers, and to around eight for those who had had a C-section delivery.

Based on their findings, and the fact that around 800,000 women give birth in the UK every year, the researchers estimate that up to 350,400 (equating to 43.75%) new mothers may be missing out on formal postnatal check-ups within 10 weeks of giving birth each year.

Lead author and PhD Candidate, Holly Smith (UCL Institute of Epidemiology & Health Care) explained: “It is possible that women do not want or feel they need advice from GPs; or invitations from the GP are not taken up either because women do not respond to them, or may find it difficult to access appointments. Alternatively, a lack of recording in electronic health records may explain the apparently low rate of uptake.

“The postnatal period is a potentially vulnerable time for women and there could be serious consequences to not identifying those at risk of poor health or harm after childbirth.”

Co-author, Professor Irene Petersen (UCL, Institute of Epidemiology & Health Care) said: “The postnatal check has been shown to be a key contact to identify serious health needs such as postnatal depression, which affects one in six women after childbirth.

“Our findings suggest practices may need to implement systems for follow-up of women who have declined or missed a postnatal check. There is a need for better promotion of the benefits of attending the postnatal check at other times in the maternity pathway. Additionally, there are currently no known financial or quality based incentives to document primary care activity in the postnatal period.”

Co-author, Professor Sonia Saxena (Imperial College London) added: “It is especially important during the pandemic to get a message to women they should respond to invitations from their GP for a postnatal check. Many women are particularly isolated and lacking the support from communities so we have to be vigilant about checking on how they are coping, watch for depression, reinforce health messages around breast feeding and check they have access to reliable contraception.”

This study was funded by the National Institute for Health Research (NIHR) School of Primary Care Research.