A second COVID-19 peak can be prevented if enough people are tested and traced with schools opening and more people returning to workplaces, finds research co-led by Dr Jasmina Panovska-Griffiths (UCL Epidemiology & Health) and the LSH&TM. 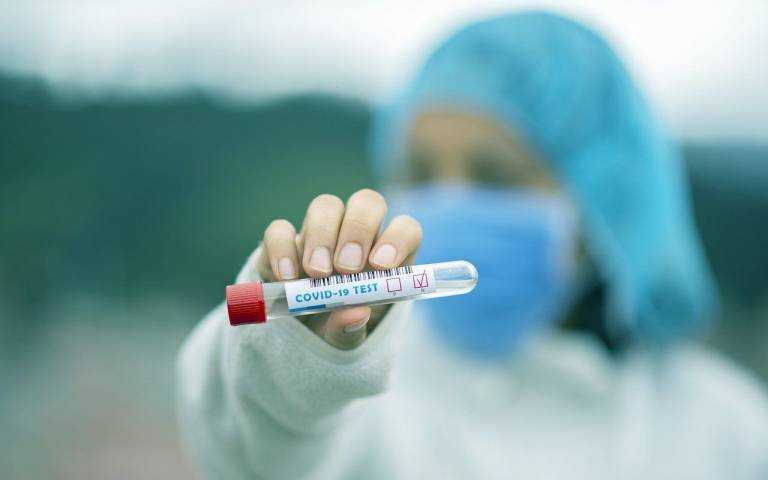 In the study, published today in The Lancet Child and Adolescent Health the authors used mathematical modelling calibrated to the UK epidemic to explore the impact of combining test-trace-isolate (TTI) strategies with reopening schools and society from September 2020.

By assessing the impact of all school years going back in September accompanied by a relaxation of lockdown measures and the presence of different TTI strategies, researchers were able to quantify, for the first time, the amount of testing and tracing that would be needed to prevent a second wave of COVID-19 later this or early next year.

The results of the modelling suggest a second wave in the UK might be avoided with increased levels of testing (between 59% and 87% of symptomatic people tested during their active COVID-19 infection) and effective contact tracing and isolation.

Assuming 68% of contacts could be traced, as is suggested to be currently the case in the UK, the study estimates that 75% of those with symptomatic infection would need to be diagnosed and isolated if schools return full-time in September. If only 40% of contacts could be traced, under a more pessimistic tracing scenario, this figure would need to be increase to 87%.

Lead author, Dr Jasmina Panovska-Griffiths (UCL Institute of Epidemiology & Health Care and The Queen’s College, Oxford University) said: “We need to scale up current TTI strategies to avoid COVID-19 resurgence later this year as we are planning to reopen schools in September.

“With UK schools reopening fully in September, prevention of a second wave will require a major scale-up of testing to test 75% of symptomatic infections – combined with tracing of 68% of their contacts, and isolation of symptomatic and diagnosed cases.”

Professor Chris Bonell, LSHTM, one of the senior authors on the study, commented: “We need all these measures to come together effectively in order to control the transmission of SARS-CoV-2 and prevent a large number of COVID-19 deaths later this year.”

Without such measures, the authors say the reopening of schools together with continual gradual relaxing of the lockdown measures are likely to induce a secondary wave that would peak in December 2020 if schools open full-time in September, alongside reopening of society and more people return to their workplaces. The secondary wave would result in R rising above 1 could yield a secondary wave of infections 2-2.3 times the size of the original COVID-19 wave.

As with any modelling study, a number of assumptions were made using existing published data. For example, recently published data was used to estimate how COVID-19 transmission and symptom probability changes with age as well as data used to quantify the number of contacts per day per person.

The authors also note that some of their assumptions about the implementation of TTI are likely to be optimistic in the UK context, so their findings should be interpreted as the minimal amount of testing that would need to be done. While the authors explored two scenarios of the infectiousness among children and young adults under 20 years being either equal to or 50% lower than that of those older than 20 years old, these are approximations and the model can be rerun when more evidence becomes available.

Dr Panovska-Griffiths concluded: “Our findings suggest that reopening schools can form part of the next step of gradual relaxing of lockdown if combined with a high-coverage TTI strategy.

“If the strategy is effective enough, this would be a sufficient alternative to intermittent lockdown measures including further school closures while we await an effective vaccine against SARS-CoV-2.”