New findings from the Whitehall II study have found 50-year-olds who had blood pressure that was higher than normal but still below the threshold commonly used when deciding to treat the condition, were at increased risk of developing dementia in later life. 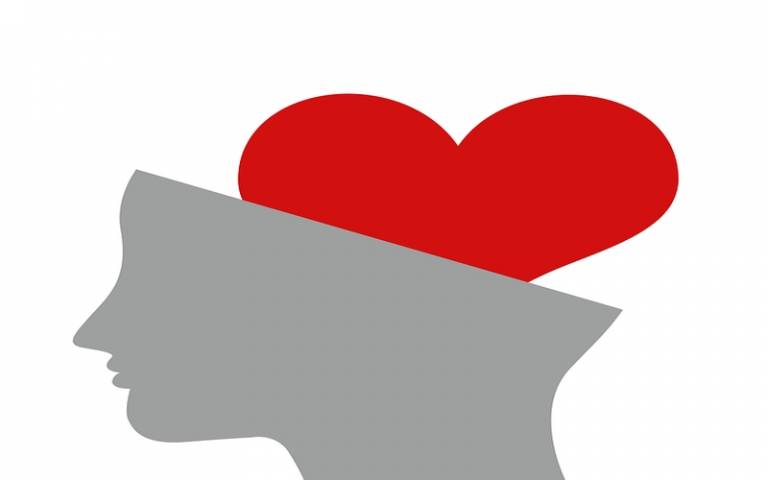 This increased risk was seen even when the study participants did not have other heart or blood vessel-related problems, according to the research, which is published in the European Heart Journal [1] on Wednesday.

New findings from the long-running Whitehall II study of over 10,000 civil servants has found 50-year-olds who had blood pressure that was higher than normal but still below the threshold commonly used when deciding to treat the condition, were at increased risk of developing dementia in later life.

This increased risk was seen even when the study participants did not have other heart or blood vessel-related problems, according to the research, which is published in the European Heart Journal.

Although there have been previous studies that have linked raised blood pressure in midlife to an increased risk of dementia in later life, the term 'midlife' has been poorly defined and ranged from 35 to 68 years.

The first author of the paper, Dr Jessica Abell, post-doctoral research fellow at the French National Institute of Health and Medical Research in Paris (INSERM) and a research associate in dementia and epidemiology at University College London (UCL), UK, said: "Previous research has not been able to test the link between raised blood pressure and dementia directly by examining the timing in sufficient detail. In our paper we were able to examine the association at age 50, 60 and 70, and we found different patterns of association. This will have important implications for policy guidelines, which currently only use the generic term 'midlife'."

Participants in the Whitehall II study, who were aged between 35-55 in 1985, had their blood pressure measured in 1985, 1991, 1997 and 2003. Other medical information was also taken, such as age, sex, lifestyle behaviours (such as smoking and alcohol intake), and socio-demographic factors.

The link between high blood pressure and dementia was also seen in people who had no heart or blood vessel-related conditions (cardiovascular disease) during the follow-up period; they had an increased risk of 47% compared to people with systolic blood pressure lower than 130 mmHg at age 50.

Guidelines from NICE (National Institute for Health and Care Excellence) in the UK and the European Society of Cardiology both give a threshold of 140/90 mmHg for hypertension, although 2017 guidelines from the American Heart Association, the American College of Cardiology and nine other health organisations lowered the threshold to 130/80 mmHg for all adults. Ideal blood pressure is considered to be between 90/60mmHg and 120/80mmHg.

Professor Archana Singh-Manoux, research professor at INSERM and honorary professor at UCL, who led the research, said: "Our work confirms the detrimental effects of midlife hypertension for risk of dementia, as suggested by previous research. It also suggests that at age 50, the risk of dementia may be increased in people who have raised levels of systolic blood pressure below the threshold commonly used to treat hypertension.

"Our analysis suggests that the importance of mid-life hypertension on brain health is due to the duration of exposure. So we see an increased risk for people with raised blood pressure at age 50, but not 60 or 70, because those with hypertension at age 50 are likely to be 'exposed' to this risk for longer." The average age at which the study participants developed dementia was 75.

Possible reasons for the link between raised blood pressure and dementia include the fact that high blood pressure is linked to silent or mini strokes (where symptoms often are not noticeable), damage to the white matter in the brain, which contains many of the brain's nerve fibres, and restricted blood supply to the brain. This damage may underlie the resulting decline in the brain's processes.

Dr Abell said: "It is important to emphasise that this is observational, population-level research and so these findings do not translate directly into implications for individual patients. Furthermore, there is considerable discussion on the optimal threshold for the diagnosis of hypertension. There is plenty of evidence to suggest that maintaining a healthy blood pressure in middle age is important for both your heart and your brain later in life. Anyone who is concerned about their blood pressure levels should consult their GP."

Limitations of the study include the fact that diagnosis of dementia was made by linking to electronic medical records that might miss milder cases of dementia; the researchers were not able to examine whether the association of hypertension was stronger with Alzheimer's disease or vascular dementia because of the small numbers in the study affected by dementia, and this requires further research; and the researchers do not know whether effective management of high blood pressure in people in mid-life might weaken the risk of later dementia.

"One of the strengths of this study was having repeat blood pressure measurements on the same people, which allowed us to examine their blood pressure status over an 18-year period. This is rare, since previous research has often used a single measure of hypertension," concluded Professor Singh-Manoux.