Being a carer: a sizeable problem?

New research shows links between caring responsibilities and obesity especially for young women who are working. 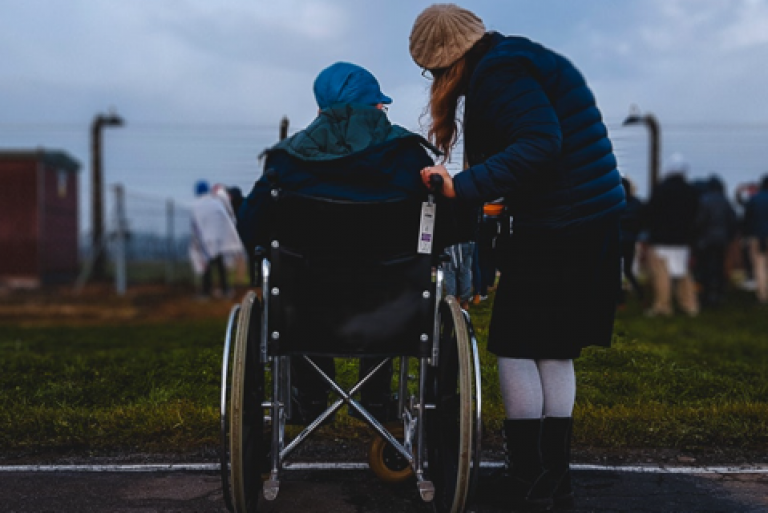 New research published this week shows that young women who juggle work with caring responsibilities such as looking after an older or disabled relative, are at higher risk of being obese.

The research, led by Dr Rebecca Lacey at ICLS, showed that, in contrast to men, women who were carers were significantly more likely to have larger waists or a higher percentage of body fat. This was particularly the case for women who combined caring with full-time work. Young women carers aged 16-44 who were in full time work had waists 4cm larger, on average, than those who were not carers. Those who were caring and working beyond the age of 65 were also larger, with higher proportions of body fat and bigger waists.

Commenting on what might lie behind the findings published in the Plos One journal, Dr Lacey said: "It seems the strains on this group of women may be greater - younger women may be working outside the home and may also be caring for children, for instance. They may lose touch with friends who have more freedom to enjoy leisure time. Carers are likely to have less time to spend exercising or to prepare healthy and nutritious meals - and those combining several caring roles with working life are likely to be particularly hard-hit.

Co-author, Dr Elizabeth Webb of Age UK, added: "These findings are really important, not least because the scale of the issue is so great - the UK relies heavily on the more than 7 million people who provide care for their family members, particularly older people towards the end of their lives. Carers have been estimated to save the UK economy £132 billion per year. We need to make this largely hidden army of unpaid carers a public health priority to support them to provide the high quality care they want to give their loved ones."