The UCL spinout company heralding a revolution in cancer treatment

Autolus Therapeutics was formed in 2014 to develop its technology that programmes immune cells to target and destroy cancer cells. 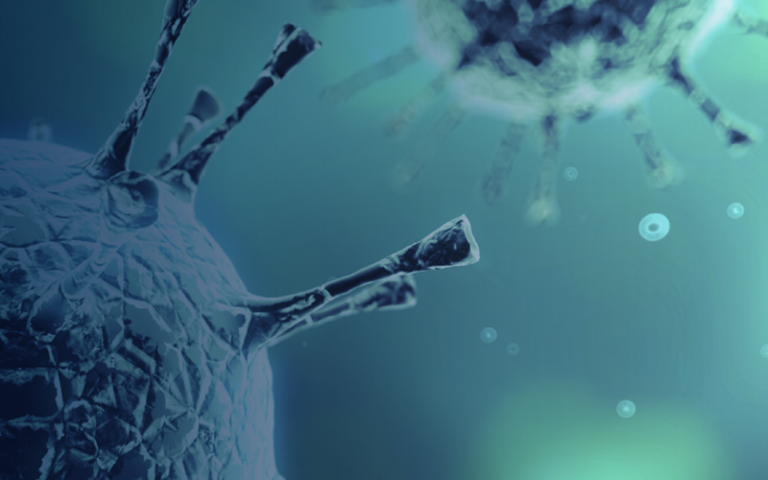 The company was listed on the US-based Nasdaq Stock Market in 2018. It raised $160 million (£126 million) in an initial public offering (IPO) to help bring its innovative therapy to the clinic for the benefit of patients.

The technology behind Autolus evolved from the research of Dr Martin Pule and his team at the UCL Cancer Institute and NIHR University College London Hospitals Biomedical Research Centre.

T cells are a part of our immune system which normally kill infected cells. T cells can be taken from a person’s blood sample, grown in the laboratory and ‘programmed’ to recognise and kill cancer cells, just as they would naturally attack an infection.

This programming is achieved by introducing a gene for an artificial protein called a chimeric antigen receptor, or CAR. Clinical trials have shown that CAR T-cells could be highly effective in treating patients with leukaemias and lymphomas which have failed to respond to standard anti-cancer treatments. They also show promise in the treatment of solid tumours.

Autolus has developed a broad array of T cell programming technologies and capabilities to engineer precisely targeted, controlled and highly active T-cell therapies designed to better recognise cancer cells, break down their defence mechanisms and attack and kill these cells.

The breadth of the technology platform allows the company to select from a range of programming modules. This modular approach enables Autolus to tailor therapies to address the specific cancer being targeting, or to improve an already established therapy.

“I have no doubt that in 20 years’ time, highly engineered immune cells will be the mainstay of cancer therapy,” says Martin. “This will benefit patients since the scope of engineering possible will allow development of highly selective non-toxic treatments.”

The journey to commercialisation

“I recognised that the only way to secure sufficient funding which would allow rapid technological development was through a spinout company,” said Martin.

The company raised £30 million in investment from venture capital firm Syncona Partners. At the time this was the largest ever ‘series A’ financing round for a European biotechnology company.

From bench to bedside

Autolus has a broad clinical stage pipeline with four products in development for the treatment of hematological malignancies as well as one solid tumour programme.