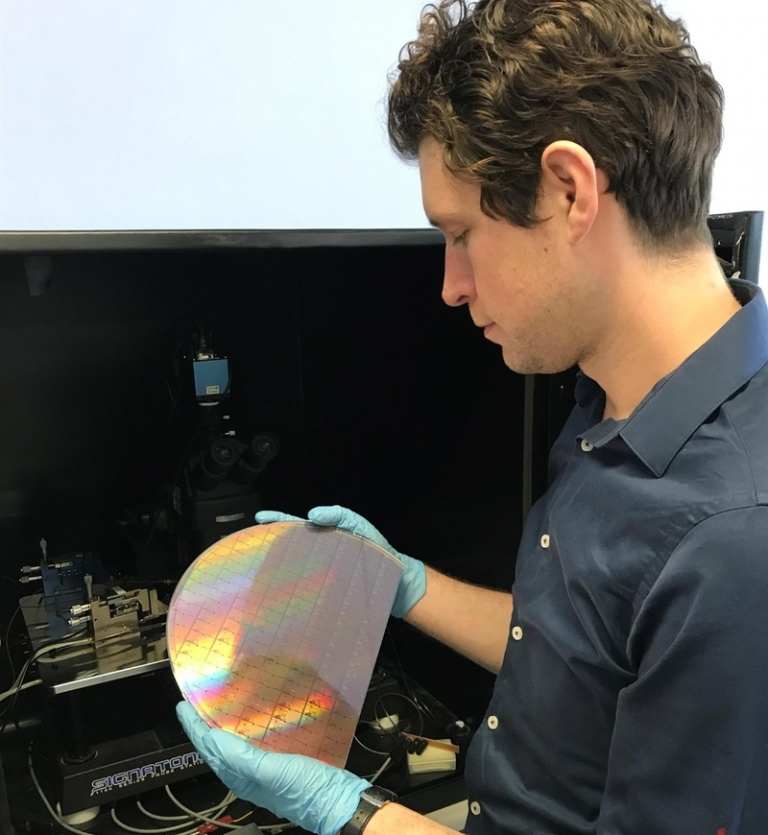 Prof Tony Kenyon and Dr Adnan Mehonic from the Department of Electronic and Electrical Engineering (EEE) have secured a £1.35m seed funding round, led by investors UCL Technology Fund and IP Group plc.

Intrinsic has also been identified by Analytics Insight as one of the top 10 international start-ups developing innovative solutions for neuromorphic engineering.

Intrinsic Semiconductor Technologies Ltd (Intrinsic), established to commercialise memristor technology, will work with a leading semiconductor research foundry, Imec in Belgium, to develop prototypes of its proprietary non-volatile memory technology. The technology will provide a huge improvement to the power consumption whilst adhering to low-cost manufacturing techniques.

Non-volatile memory is the permanent memory used in smartphones, laptops, USB sticks, cameras, SSD hard drives etc., and today it is based on the technology known as 'Flash' memory. Due to its incompatibility with current manufacturing, it is difficult and costly to integrate Flash memory technology in the same semiconductor chip as the processor. This severely impacts power consumption, increases cost, and hampers the development of new applications in the Internet of Things (IoT) and Artificial intelligence (AI); areas that require lower power, more performance and higher memory capacity.

The overall performance of hardware we use for AI is determined and limited by the bandwidth and energy-efficiency of memory technologies. A fast, energy-efficient, cheap and scalable non-volatile memory that can be incorporated directly on a chip, such as our silicon oxide memristors, will significantly improve the performance, especially for energy-efficient edge computing. Furthermore, our technology could be utilised for analogue AI hardware accelerators currently in development and novel computing paradigms, such as neuromorphic and spiking-based computing.

Intrinsic's novel memory technology is based on the same materials as the CMOS chip itself, such as silicon oxide, which removes a key limitation and changes what is possible. Intrinsic's memory is easier to integrate and inherently faster and more power-efficient than Flash.

Prof Kenyon, who is leading on the research side of the project, states:

Existing memory technologies, such as Flash, are reaching the limits of their capabilities - particularly in embedded systems such as those we need in IoT devices. Intrinsic's memristor technology will transform next-generation systems by combining high performance with ease of integration in digital CMOS. By basing our devices on silicon oxide, we ensure that they are as simple and as cheap to integrate with silicon-based electronics as it is possible to be.