A combination of genetic and environmental factors is thought to be involved in the pathogenesis of ulcerative colitis, a form of inflammatory bowel disease. The aim of this study was to characterize patients with ulcerative colitis and identify potential genetic mutations and pathways that could be associated with this disease.

The colons of patients suffering from ulcerative colitis demonstrate evidence of an elevation in genes involving cell proliferation and cellular stress, which could contribute to disease progression. Through a process called exome sequencing we sequenced every gene in an individual and were able to identify an increased prevalence of two damaging mutations in a gene called thiopurine S-methyltransferase (TPMT) within the ulcerative colitis population.

These mutations in TPMP have previously been shown to cause a build-up of a toxic compound from drugs used to treat inflammatory bowel disease.  The toxic compound can result in bone marrow suppression and liver toxicity. Our results have identified the need to screen the Icelandic ulcerative colitis population before initiation of therapy to avoid toxicity associated with these mutations.

The study was conducted in collaboration with colleagues from the Faculty of Medicine, University of Iceland because in Iceland, the incidence of ulcerative colitis is one of the highest in the world.  All of the patients were recruited from the Department of Gastroenterology and Hepatology, Landspitali University Hospital, Reykjavik and the genetic analysis conducted at UCL Eastman Dental Institute, UCL Division of Medicine and UCL Genetics Institute. 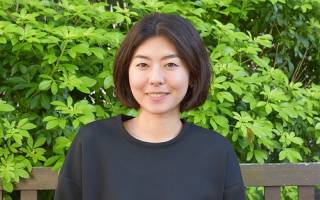 "Dr Smith’s laboratory has been performing cutting-edge research and has generated multiple publications in high-impact factor journals... his well-funded and supportive laboratory provides an excellent environment for research and to undertake my PhD."
Tomoko Kumagai, from Japan, joins us after receiving a prestigious MRC Clinical Research Training Fellowship